Legon Cities bristle at match-fixing accusations ahead of Hearts clash 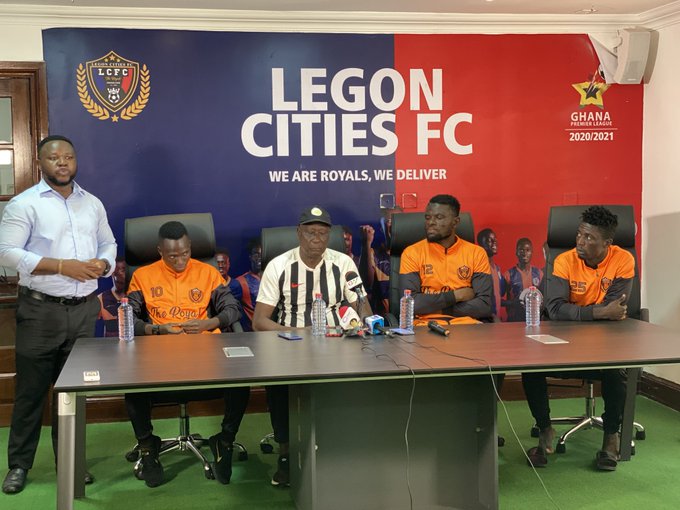 Bashir Hayford, coach of Ghana Premier League side Legon Cities FC has expressed his frustration over speculation that the club's resurgence in the league log is due to match-fixing.

According to him, such baseless allegations have the capacity to dampen the spirits of the technical team and playing body of Cities who put in many hours on the training ground which has seen them rise up the league table.

Flanked by three of his players at a press briefing yesterday, Hayford bristled at the suggestions which he said had been peddled sections of the media without any evidence.

"Now, people are saying so many things that when I hear it, I ask myself that so Ghana, when people try to come up, do we encourage them?," Hayford said

"Everywhere they say we are paying money, sometimes they even call me but Legon Cities is a company team and every pesewa must be accounted for.

"We started (at the bottom of the league table) with Inter Allies and King Faisal and they are still there, those who were up there have come down and they say we have paid but if we paid then we should be at the top".

He said as a professional coach such baseless allegations not only make him eager to quit football but also raises questions about the quality of the league.

Speaking about Thursday's clash with league leaders Accra Hearts of Oak, Hayford said he was confident of victory because both teams were equally matched even though Cities are in ninth place with 38points.

He, however, contended that Hearts were under more pressure because they were in a title race.

Club captain Fatau Dauda said his charges were going all out for victory because the club still needs at least six points to preserve their premier-league status.

He said the senior players in the team such as Asamoah Gyan were keen to avoid the stain that relegation would bring to their careers.