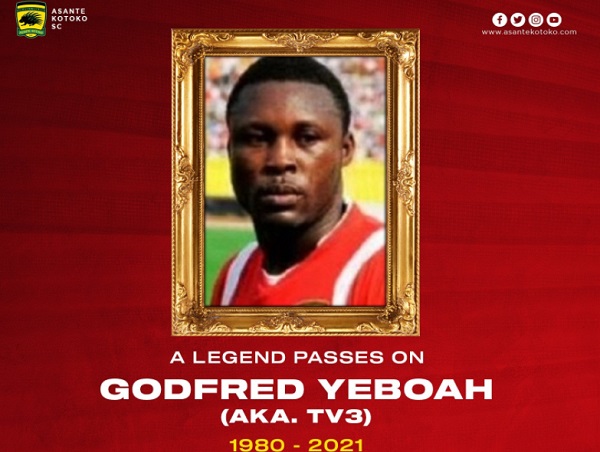 Yeboah, 41, passed away after an illness on Tuesday in Sunyani.

"We're saddened to hear of the passing of Godfred Yeboah who represented us from 2001 to 2009," Kotoko confirmed on social media on Tuesday.

"His passion for the club was undeniable and he will be missed.

"We send our condolences to his family, friends and everyone who cherished him."

He moved from Asante Kotoko to All Stars F.C. on loan in January 2008, along with the Asante Kotoko teammate Kobina Dodzie, while a third player, Habib Mohamed, moved permanently.