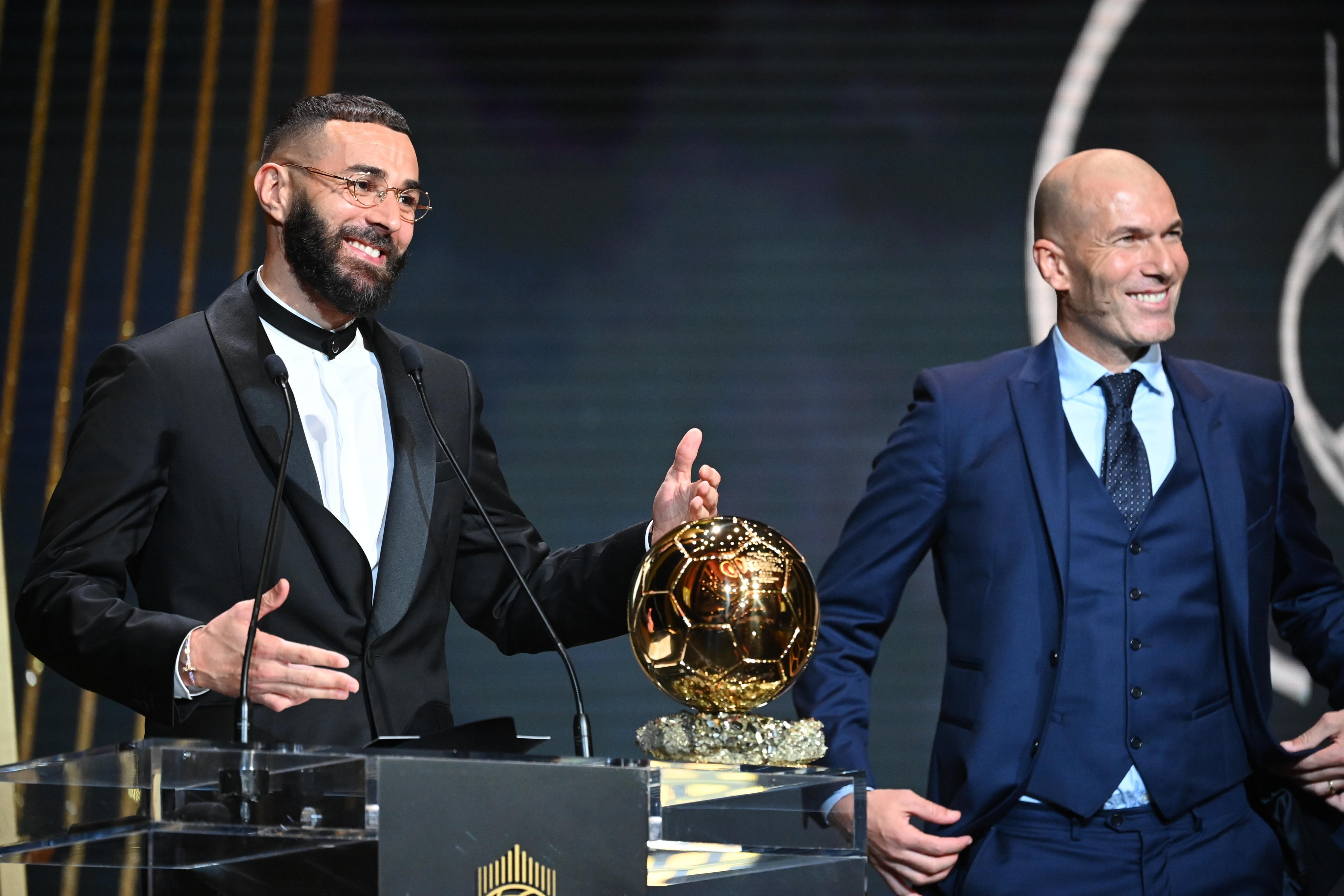 It is the first time the striker is winning the men's Ballon d'Or.

The 34-year-old managed 44 goals in 46 matches last season as Real won the Champions League, another LaLiga title along with the Spanish and European Super Cups. 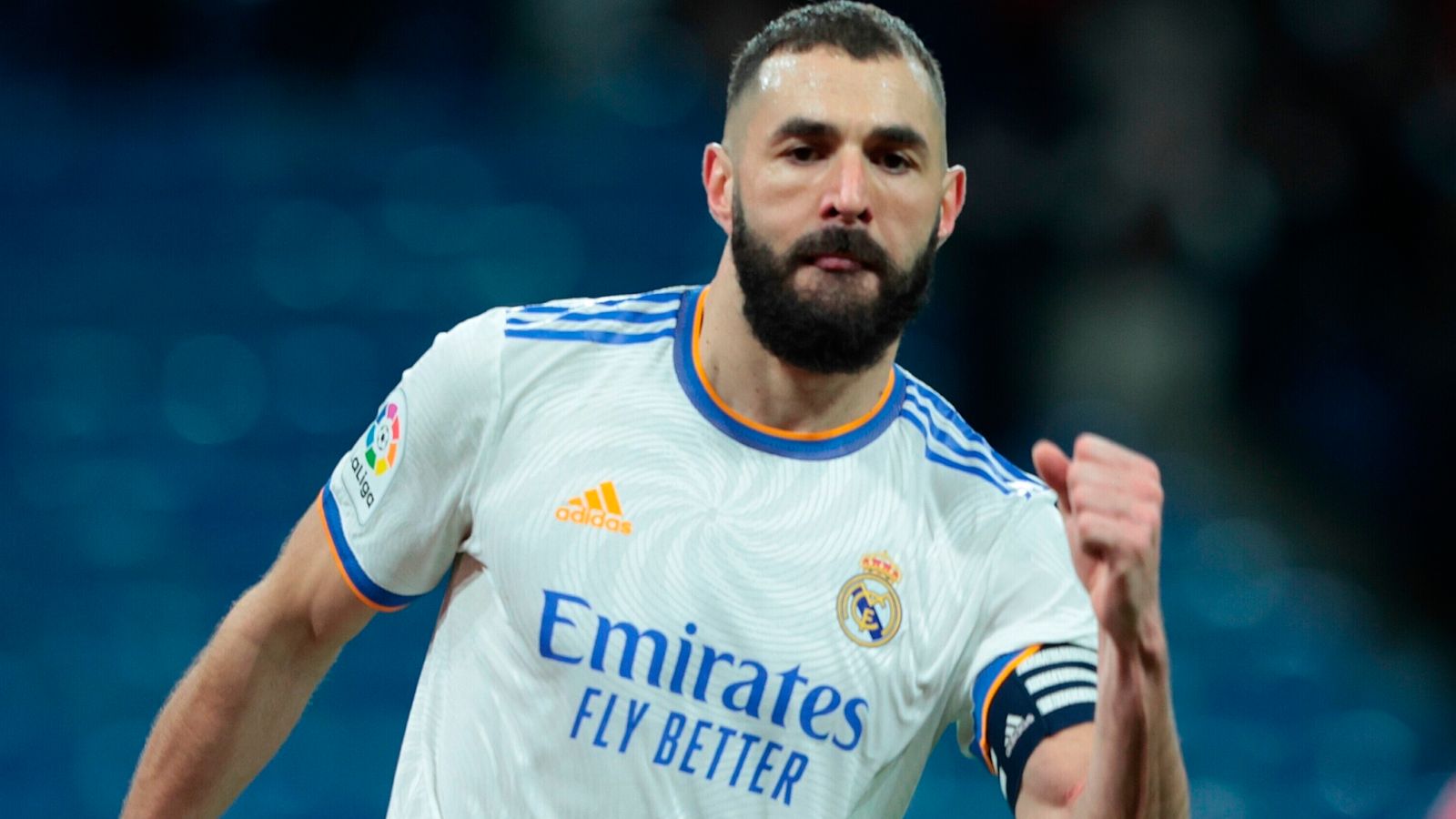 Benzema was crowned in a ceremony in Paris ahead of Sadio Mane in second and Kevin de Bruyne in third - with the striker becoming the first French winner of the Ballon D'Or since Zinedine Zidane - who presented him the award - in 1998.


"It makes me really proud," said Benzema. "All the work I did, I never gave up. It was a childhood dream like all kids - the motivation. I had two motivations in my life - Zidane and Ronaldo. I've always had this dream in my mind that anything is possible.

"There was a difficult period where I wasn't in the French team, but I never stopped working hard nor gave up. I always kept my head, concentrated on playing football and I'm really proud of my journey here. It wasn't easy, it was a difficult time. It was hard for my family as well. To be here today, for the first time for me, I'm happy and pleased with my work and I keep going.

"I want to thank my team-mates, whether it's Real Madrid or the national team. My coach, thanks to him as well. The Real Madrid president as well.

"I have a lot of people to thank. It's an individual prize, but it's a collective one because everyone has played a role." 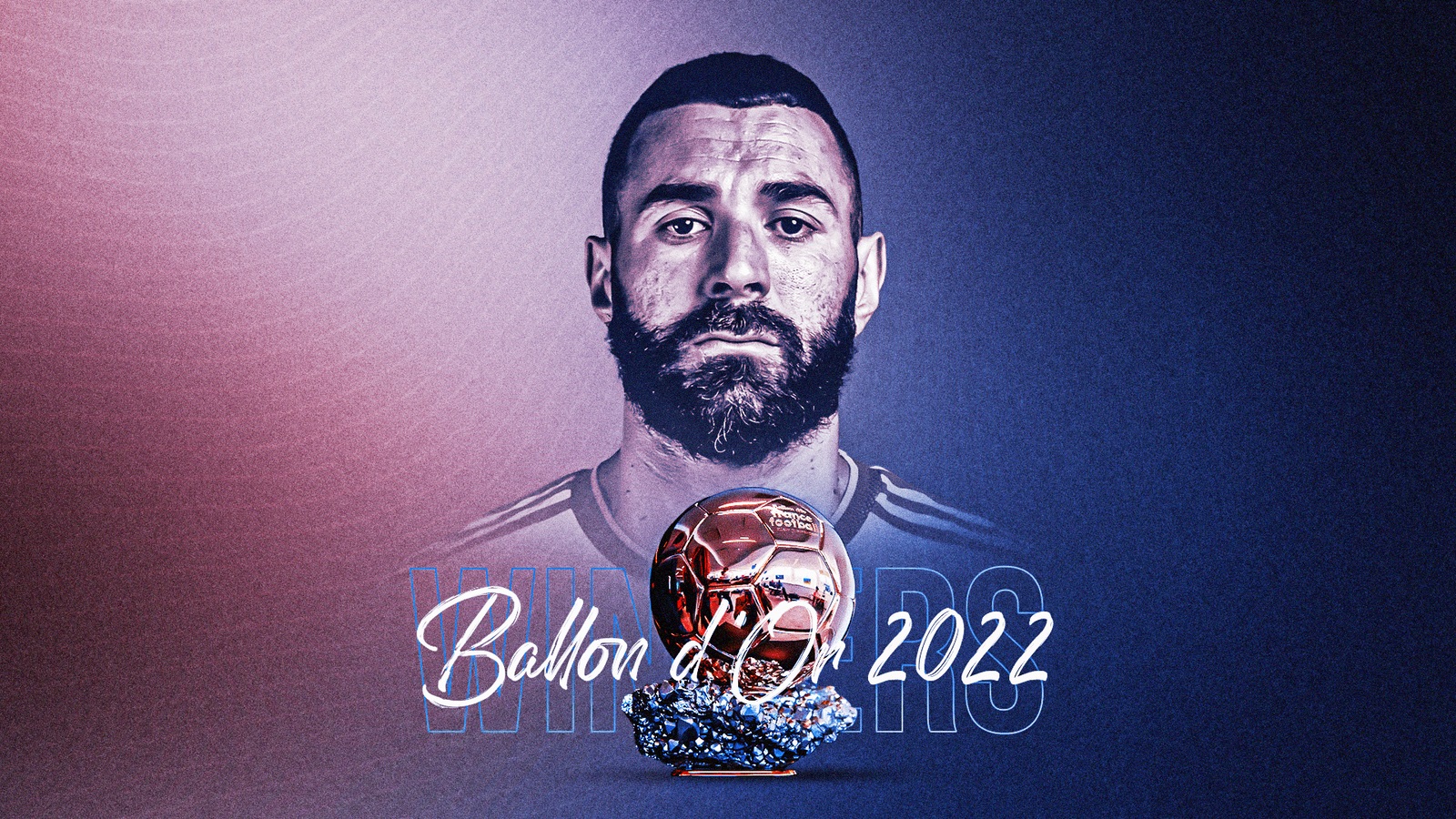 How did the Premier League stars fare?

There was no success for Cristiano Ronaldo, as he had to settle for 20th place in this year's Ballon D'Or honours board - the lowest position the Manchester United forward has been ranked in this prize since 2005.

Liverpool's Mohamed Salah was voted as the fifth-best player, ahead of PSG's Kylian Mbappe and Champions League match-winner Vinicius Junior of Real Madrid.

What about the other awards?

The women's award went to Barcelona star Alexia Putellas, who pipped runner-up Beth Mead of England to the prize after guiding the Catalan club to the Spanish title with a 100 per cent points tally.

Manchester City were named Club of the Year at the Paris ceremony after winning their fourth Premier League title in five seasons, beating runners-up Liverpool and Real Madrid to the prize.

"We haven't won the Champions League yet, but we are proud of how we play as a team," said De Bruyne who picked up the award for the club.

Barcelona midfielder Gavi was named the winner of the Kopa trophy, awarded to the best player under the age of 21, with England duo Jude Bellingham and Bukayo Saka finishing in fourth and eighth position respectively.

Former Liverpool winger Mane was the winner of the inaugural Socrates award, a humanitarian prize, for giving back to his native Senegal.

"I'm really happy to do what I can for my people and to make everything better," said the Liverpool winger.

Barcelona forward Robert Lewandowski, who like Benzema is also 34, was given the Gerd Muller award given to the best striker, after a superb season for Bayern Munich last term in which he scored 50 goals in 46 matches.

Real Madrid goalkeeper Thibaut Courtois was given the Yashin Trophy for the best goalkeeper prize, after his man-of-the-match performance in the Champions League final, against Liverpool, won the Spanish giants the most coveted club prize in European football.

Liverpool goalkeeper Alisson was ranked as the second-best goalkeeper, with Manchester City's Ederson in third.

"I want to thank my team-mates at Real Madrid. I'm really proud to win this trophy alongside the other goalkeepers who are there - and the female ones too," said Belgian goalkeeper Courtois. "I hope the next trophy is the World Cup!"