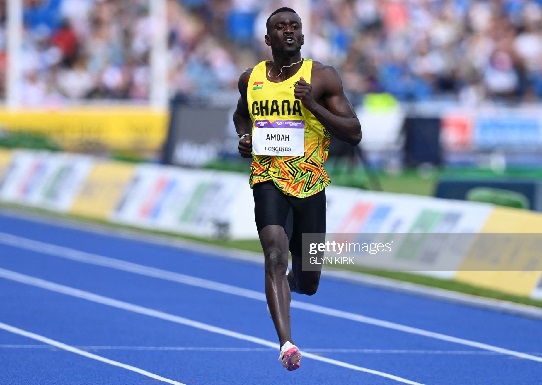 Ghanaian sprinter, Joseph Paul Amoah has kept the nation's medal hopes in athletics alive after securing a semi-final berth of the men’s 200m race at the ongoing Commonwealth Games in Birmingham.

Amoah finished first in Heat 5 with a time of 20.J58s to keep his hopes of winning a medal at the Games alive.

The Ghanaian has been in splendid form this season and has been tipped to make the final of the 200m race when he runs in the semi-finals on Friday.

Meanwhile, Abdul-Rasheed Saminu Abdul-Rasheed failed to make it through to the semis despite running a personal best of 21.32s in Heat 2.

The duo are expected to take part in Ghana's 4x100m relay by teaming up with Benjamin Azamati, Joseph Paul Amoah, and Seun Sarfo-Antwi.