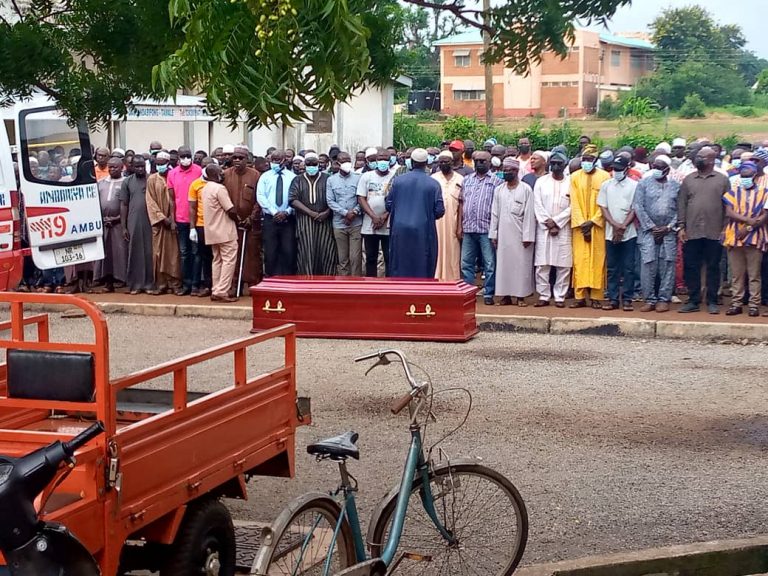 He was laid to rest at the Tamale Cemetery in line with Islamic conventions, following special Janaazah Prayers.

The body of Jones Alhassan Abu being conveyed to the Tamale Regional Cemetery.
May Allah have mercy on his soul.
Amen pic.twitter.com/ggdrsPLgF7

Jones travelled with Hasaacas Ladies as a management member to the WAFU Zone B Champions League qualifiers.

He took ill while in Abidjan and was hospitalised.

He recovered from that ailment but fell ill again last Friday evening as he prepared to return to Ghana following Hasaacas Ladies' triumph in the WAFU Zone B Clubs Champions League.

He was hospitalised and passed away after spending just three days in the hospital.

His remains were transported to Ghana via a special Airforce flight from Abidjan to Tamale on Tuesday evening.

Jones was a member of the Division One League Board and an ex-manager of African football legend Abedi Pele.