How much would Diego Maradona be worth in 2015?

The Argentine genius turns 55 on Friday, but what sort of salary and transfer value would he command had he been born 25 years later? Would he be on Lionel Messi's level?

Even the song is out of date. It was the brainchild of Boca Juniors fans in 1981, when Maradona came to the club from Argentinos. $10 million at that time was an unimaginable fortune, paid with a hurried loan that included money up front, cheques that bounced and six Boca players as part of the deal. Eight years before, in 1973, Johann Cruyff had cost Barcelona just half a million, and in the same year as Diego's move River landed Mario Kempes, a World Cup winner, from Valencia for $4m.

What was the difference? With 166 games and 116 goals for Argentinos, the No. 10 had shown unworldly talents and looked set to become the best player on the planet over the next decade.

Those were days when clubs looked at transfers as purely sporting investments. Publicity, shirt sales and image rights did not come into the equation. Boca's directors knew it: buying Maradona would practically secure a title in pretty lean times, as the side had reached a plateau after their great success in the 1970s.

They received an instant response. The $10m was money well spent, as Boca took the title in the Metropolitano 81, one of the most acclaimed campaigns in Argentine history. Maradona could do no wrong, alongside forward partner Miguel Brindisi. He scored 26 goals in 40 games for the Xeneize, including an unforgettable strike to beat Pato Fillol in a legendary Bombonera Superclasico. 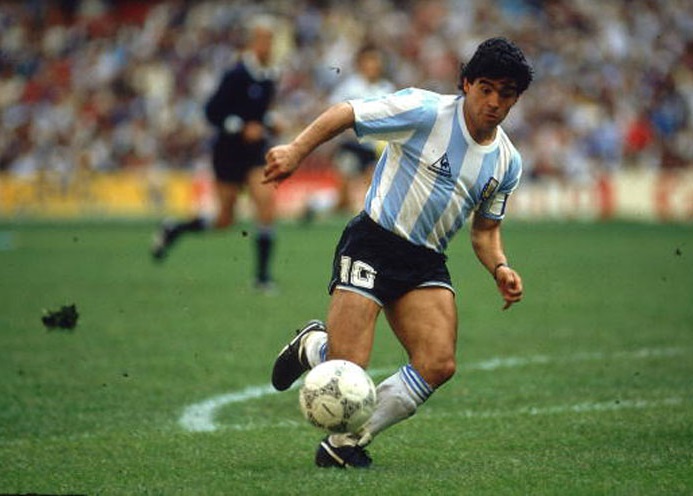 The market sometimes works on logic. It played a big part in Maradona's move to Barcelona, since he had already been marked out as a player who could make the difference not just in a small club, but also in a giant. He took on the responsibility of being a champion, and received his reward. That is why the Spanish club shelled out $20m for the Argentine, double Boca's outlay.

It would be reasonable to assume that when a club is faced with a player like Maradona, they will do whatever it takes to keep him happy, as Barcelona have done so well with Lionel Messi. But those were times in which the world did not see Diego as the player he would one day become. In 1984 Napoli swooped to sign him for $5.3m, and would soon enjoy his golden years. Even now, more than 30 years after his arrival in southern Italy, Napoli still sell shirts and flags with the Argentine's image.

The money involved in football has changed beyond recognition. In 1984 Maradona received some $800,000 a year, with another million thrown in for advertising rights and $400,000 for friendly games. Lionel Messi's wage, meanwhile, is $25m a year, some 31 times higher than his compatriot in his heyday.

Is it possible to calculate the values? A specialist consultancy in football matters, Pluri, released a study in 2012 that claimed Pele was the most valuable youngster at the age of 20, ahead of Messi, Neymar and Maradona respectively. At that age, O Rei was already a world champion (in Sweden 1958), had scored 355 goals and was Santos' big star. He had a transfer value of €93 million, the report estimated, while Messi, with two Liga titles, a Champions League and 34 goals at the end of his teenage years, was worth €68m.

Neymar by the age of 20 had netted 103 times and won a Copa Libertadores with Santos, and Pluri put his value at €55m. Maradona rounds off the list of four; he would cost €40m at today's prices, having scored 119 times, won the Primera Division top scorer awards on three occasions and lifted the Youth World Cup in 1979. 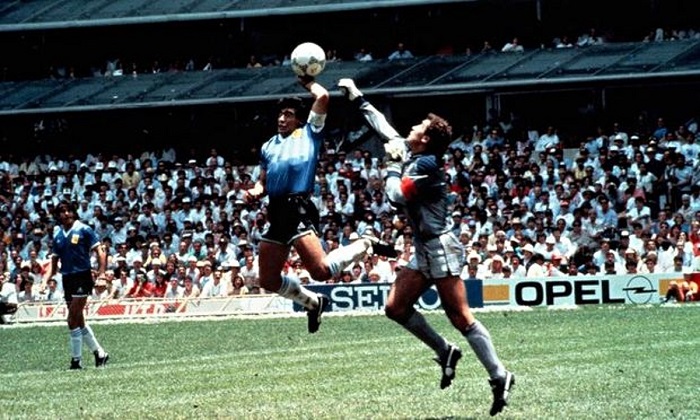 So how much would a club have to spend now to bring Maradona into their squad in 2015? For a frame of reference, Messi's buy-out clause is set at €250m. At his peak, between 1981 and 1988, Diego could not be worth a penny less. Of course Messi has won far more, but with many things in his favour - a golden generation of team-mates, a brilliant coach in the shape of Guardiola and a club that has treated him like a favourite son. On an individual level the former Argentina coach made as much difference on the field as La Pulga. The two laugh in the face of predictable play and always leave spectators slack-jawed with amazement.

Recent media speculation has linked Messi with a move away, possibly to Manchester City. But it is most likely that he will never leave the Camp Nou, unless it is for a romantic swansong at Newell's. Players like Maradona or Messi make their own rules. They choose where to go - or stay. They choose the places they feel they will be happiest and they move to achieve it. Even the biggest clubs are powerless to tie down their most valuable assets. Once they desire a change of scenery, there is little to stand in their way.

Monetary speculation only really serves to obscure the magic of these superstars. Maradona was always priceless. He played where he wanted, while the clubs moved around figures to create the illusion of deals that, compared to his genius on the pitch, have ended up mere anecdotes in the legend's story.