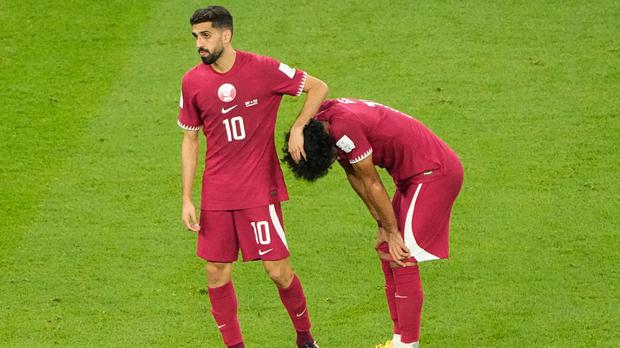 Qatar yesterday became the first host nation to suffer the earliest exit in the 92-year history of the FIFA World Cup after losing 3-1 to Senegal.

Qatar was also the first country to lose their opening game of the tournament after they were defeated 2-0 by Ecuador last Sunday.

Their fate was sealed when the Netherlands and Ecuador drew 1-1 on Friday.

World Cup 2012 hosts South Africa are the only other host team to be eliminated in the group stage - with a win and a draw from their three games.

The result means that Ecuador and Senegal will do battle for the chance to claim a slot in the Round of 16.

"If you expected us to go very far in this tournament, then it will be a disappointment," Qatar coach Félix Sánchez said.

"Our goal was to be competitive. "We have to forget about today, move on and play the Netherlands."

The oil-rich nation spent around $220 billion on building stadiums, roads and a new city for the World Cup.