Hockey: Ghana off for Africa Cup 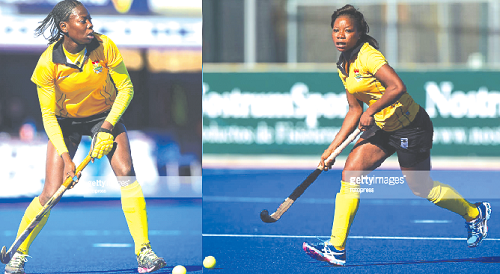 After two weeks residential camping at the Theodosia Okoh Hockey Stadium in Accra, Ghana’s male and female national hockey teams will fly to Egypt today ahead of the Africa Hockey Cup tournament which kick starts in the Egyptian city of Ismalia on Thursday.

A total of 36 players, comprising 18 males and 18 female were selected to represent Ghana in the tournament.

The teams’ early departure of the Black Sticks, according to the Ghana Hockey Association (GHA) president, Mr Richard Apokavie, was to enable the teams to acclimatise and prepare very well before the tournament kicked off.

Besides the host nation Egypt, Ghana will compete with defending champions, South Africa, as well as neighbouring Nigeria, Kenya and Zambia for the trophy at stake.

The winner also gains automatic qualification to represent Africa in the 2018 World Hockey Cup tournament being hosted by India.

Speaking to Graphic Sports, Mr Apokavie said in spite of the numerous challenges encountered in the teams’ preparations, they were fired up to do their best in the tournament.

“The Ministry of Youth and Sports is only providing us tickets for 20 players each for both males and female teams.Officials, coaches, officiating officials, medical and supporting staff have to look for our own sponsorship for tickets, accommodation and meals.

“ We also have to seek for sponsorship to pay for per diem for players and other staff, so it has not been easy,” he lamented.

He said the GHA would have preferred to camp the teams for a month to enable the technical teams to prepare the players adequately before departing, but lack of financial support denied them that opportunity.

The nation’s hockey chief was of the hope that in spite of the challenges, the Black Sticks were well prepared to win the ultimate trophy to enable them to participate in both the 2018 World Hockey Cup tournament and the 2018 Commonwealth Games in Gold Coast, Australia.