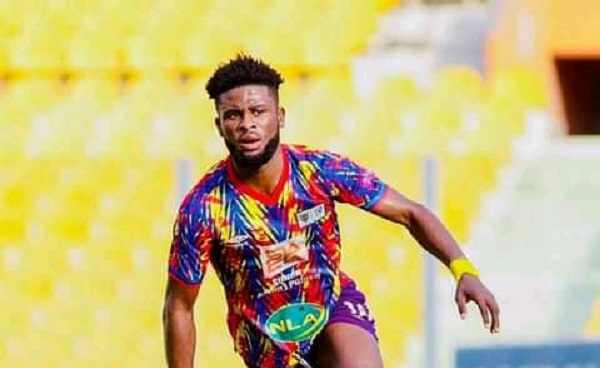 A former skipper of Hearts of Oak, Yaw Amankwah Mireku, has called on the club to do everything possible to keep striker Daniel Afriyie Barnieh ahead of their CAF Confederation Cup participation next season.

Mireku told Graphic Sports that the Phobians would need to prevent their prized asset from leaving the club if they want to make a significant impact in Africa.

Barnieh remains the most influential player in the current Hearts set-up, having led the team to win the Ghana Premier League title and two MTN FA Cups in two years.

The 21-year-old has been a transfer target of most European and North African clubs after consistent performances with Hearts and is believed to be considering a move abroad.

“The club must do everything possible to ensure Barnieh stays because he is the pivot of the club at the moment. If you want to perform better in Africa, you need to maintain your core players and losing Barnieh will really affect Hearts’ performance,” said Mireku.

The CAF Champions League and Confederation Cup winner also advised the Hearts technical team to improve the team’s striking department by signing players who could complement Afriyie.
Mireku stressed that Coach Samuel Boadu needed a deadly striker to partner the young striker in the African campaign.

“The team is doing really well but I think the striking department must be improved going into the new season. Barnieh needs a reliable striking partner if he decides to stay with Hearts. He needs to form a deadly partnership with someone so the team can score more goals,” he insisted.