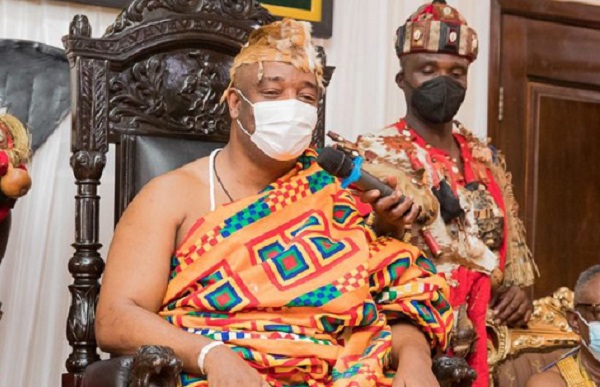 FA Cup holders Accra Hearts of Oak will renew their storied rivalry with Accra Great Olympics on Sunday, August 7 at the Accra Sports Stadium when they clash for the Ga Mantse Cup.

The match is to honour the Ga Mantse, Nii Tackie Teiko Tsuru II, and to celebrate the 2022 Homowo Festival, the first since he ascended the throne.

The regional derby is also to be used as a rallying point for the vision of the Ga Mantse to construct a modern football academy in Accra.

Delivering a keynote address at the launch of the match, King Tackie Teiko Tsuru II said he was hopeful that the tie would promote unity in the Ga state and also contribute to the construction of the Ga Mantse School of Football Excellence.

When completed, the academy will have facilities including FIFA standard pitches, an Information Technology centre, libraries, a clinic, boarding, offices, a swimming pool and a canteen.

For his part, the President of the Ghana Football Association, Kurt Simeon-Okraku, said he was thrilled to be involved in the revival of the Ga Mantse Cup.

He commended the Ga Mantse for contributing to the development of the sport and youth development in Accra, adding that he could not have chosen better teams for the tie.

Mr Okraku said the two traditional clubs were selected for the clash because of the contributions they had made to sport in the Ga State over the years,and urged the two city rivals to produce stellar performances which would bring honour to the Ga state.

The August 7 fixture will be the third clash between the two sides this calendar year, with the Wonder club seeking a hat-trick of wins over their more successful rivals. Oly beat Hearts 1-0 on February 6 in the first round of the just-ended Ghana Premier League and recorded an emphatic 3-0 win over the Phobians last month in the reverse fixture at the Accra.