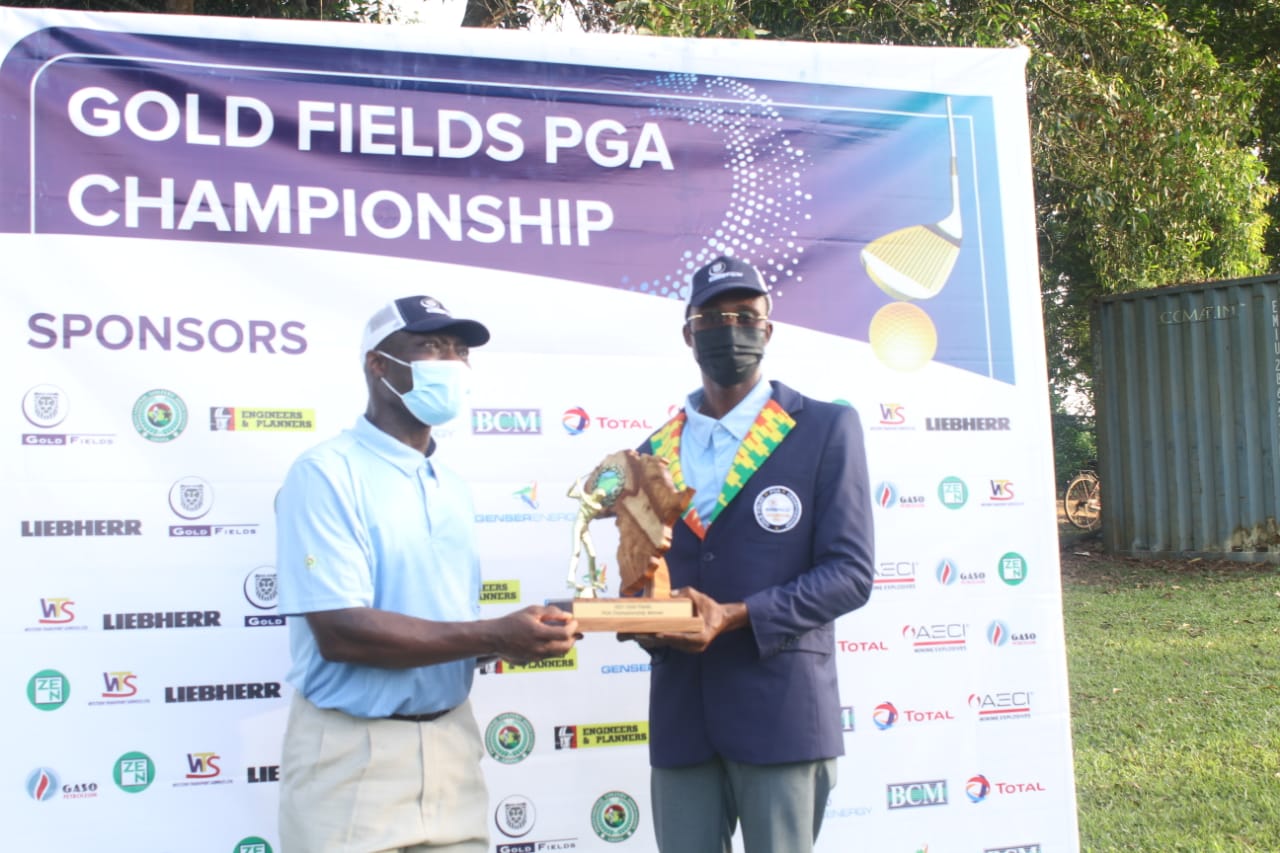 Torgah went into the final round with a 12-stroke lead and held his nerve recording a dominant seven-under-par 65 to claim his third Gold Fields PGA title.

He ended with a total Standard Scratch Score of 268 over four days to win the trophy, blue jacket and GH₵40,000 cash prize.

"It wasn’t easy but I kept my tempo trying to stay focused throughout the tournament. My mental psyche helped me a lot because I actually prepared, worked hard and my friends also helped me a lot to keep going," Torgah said in an interview after his win.

"My game confidence is back and I also played and won a couple of tournaments across African within the year, so I must say the year has been very good for me".

Last year’s winner Luck Ayisah came second with a total score of 285 following a recovery from a disastrous start.

Ayisah was tied for second with Emos Korblah heading into the final round but he gazumped the latter by three strokes after playing a two-under-par 70.

The Executive Vice President and Head of Gold Fields West Africa, Mr Alfred Baku lauded Torgah for his victory and urged other golfers to step up the challenge next year.

"Just keep your head down keep working, if you want to maintain that Tiger Woods status it doesn’t come easy you have to keep working hard not only on the course but off the course as well," Mr Baku said.

"For the rest of you, I’m urging all of you to challenge Vincent Torgah in the next championship next year. Vincent [Torgah], I also want you to say no way and no challenger".