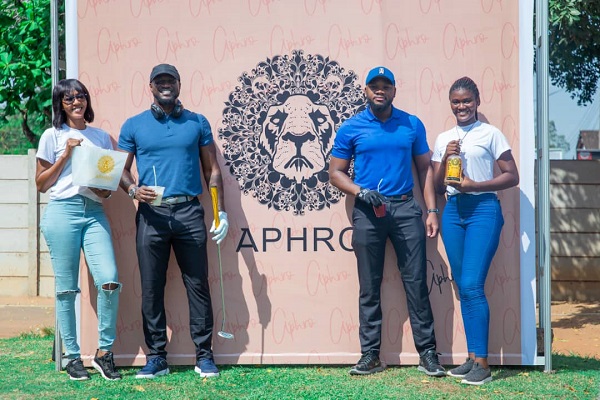 The Captain's Prize is an annual golf tournament which is held at the Achimota Golf Club.

Speaking to the media on the sidelines of the donations, Peter Okoye popularly known as Mr P said Aphro is an organic African brand.

He noted that Aphro represents and celebrates Africa.

"It's our own drink," he said as he urged Africans to patronize Aphro and also collaborate more amongst themselves.

"Aphro represents Africa, celebrates Africa and is proudly African. “It is a unique premium. drink and is ready to go head-to-head with any other alcoholic brand across the world."

Mr P spoke about his involvement with Aphro and why Africans need to come together and work in unity to produce brands that can compete favourably on the world market.

"I am involved as one of the owners, in addition to six African businessmen who co-founded the company.

CEO of Aphro, Kojo Bucknor said Aphro is proudly African-owned, adding that "We pride ourselves on being unapologetically African."

The event provided an opportunity for the Aphro team to network with top African CEOs and business people at the Achimota Golf Club.