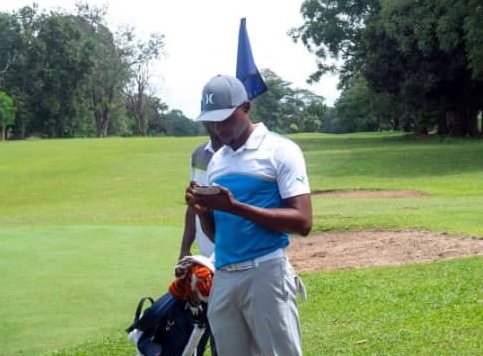 Opening round leader Vincent Torgah extended his lead atop the 2021 Gold Fields Professional Golfers Association (PGA) Championship leaderboard after carding a four-under-par 68 to hold a nine-shot lead at the end of Day Two on Thursday at the Darmang Golf Club.

Torgah, a former winner of the championship entered Day Two with a six-shot lead and held his nerve to produce a total score of 131 after the second round.

Retaining second place from the opening round was Emos Korblah who kept up with Torgah with a one-under-par 71 and a total score of 140.

In third was Owusu Bonsu Maxwell who ended 12 shots behind Torgah after playing a one-under-par 71.

In the senior's contest, Day One leader Akwasi Prempeh tumbled down the leaderboard to third place after carding an 83.

The new leaders after Day Two are Charles Chichi and Robert Degbe who have a total score of 153.

The third round of action continues today before the climax of the competition on Saturday.

See the standings below; 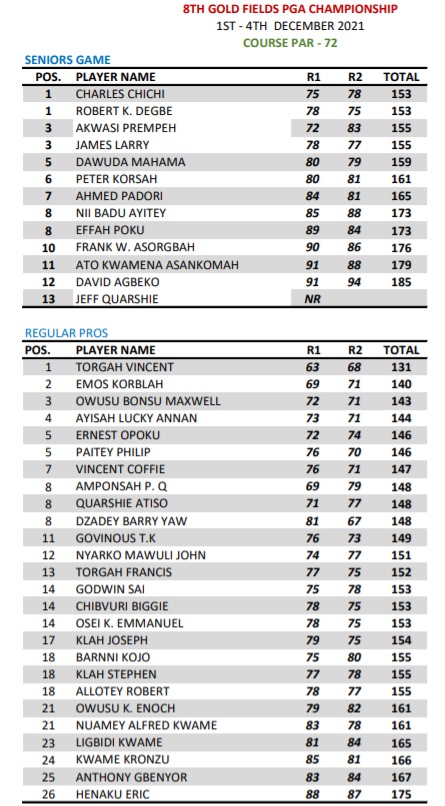