The Ghana National Petroleum Corporation (GNPC) spent GH₵8,188,000 constructing 30 astroturf pitches in seven regions of the country in the year 2021.

According to the 2021 Public Interest and Accountability Committee (PIAC) annual report, the facilities were constructed under GNPC Foundation's Sports Development programme.

The most expensive edifices were constructed at a cost of GH₵319,813 while the cheapest located at Tarkwa cost GH₵49,860.

AstroTurfs are not good for developing Ghana football - Kuffour

The Member of Parliament (MP) for North Tongu, Mr Samuel Okudzeto Ablakwa, has expressed concerns about the scope of the GNPC's Sports Development programme.

In a Facebook post, the MP said he expected to see a variety of interventions under the sports development category.

"Let me be clear, I am not against the provision of Astro Turfs per se, my contention is that a sports development policy must be broader and more holistic than merely constructing Astro Turfs," he posted on Facebook.

"I would have expected to see a variety of interventions under the sports development category which would not be limited to the construction of Astro Turfs but include significant interventions such as support for talent scouting, assisting with developing interest and capacity in the so-called lesser-known sporting disciplines which Ghana has lost competitiveness, coaching and mentorship programmes, assisting athletes with sporting equipment, sponsoring officials on capacity enhancing management courses with emphasis on leveraging modern technology, and so on and so forth.

He also raised concerns about the distribution, "wide disparities and grave inconsistencies in the unit cost of these Astro Turfs".

"The PIAC Report indicates that 22 out of the 30 Astro Turfs are being constructed at GHS319,813.00 each, with the remaining 8 at a somewhat lower construction cost.

"When compared to answers the Energy Minister provided to a parliamentary question standing in my name on July 5, 2022; the construction cost for the Astro Turfs in issue differ significantly.

"The Minister told Parliament most of the Astro Turfs cost GHS1,599,065.00 each. To illustrate further with a few examples: according to the Minister’s parliamentary response, the Adenta, Karaga, Yendi, Mankessim, Adiembra, Akyemansa, Kumasi, Beposo and Bantama Astro Turfs cost GHS1,599,065.00 each which is absolutely in sharp contrast from PIAC’s report indicating that those same projects cost just GHS319,813.00 each".

Mr Ablakwa noted that "out of the 30 Astro Turf projects in the 2021 PIAC Report, an elephant share of 11 is being constructed in the Ashanti Region, 7 in the Western Region, 4 in Greater Accra Region, 3 for the Central Region, 2 each for the Eastern and Northern Regions and only 1 for the Upper West Region".

He also bemoaned the fact that nine regions were left out of the Astro Turf allocations. They are Ahafo, Bono, Bono East, North East, Oti, Savannah, Upper East, Volta and Western North Regions.

"This development is most unacceptable, particularly when a single region can be allocated 11," he posted.

"Ghanaians must be told what the criteria for selection is. Even if population dynamics are brought to bear, we know by the latest Population and Housing Census that the Greater Accra Region is the most populous region so if that was the consideration they should be ranking first not placing a distant third".

The 2021 Annual Report is in fulfilment of PIAC’s statutory obligation under the Petroleum Revenue Management Act, 2011 (Act 815), as amended by Act 893, to publish Semi-Annual and Annual Reports.

The Report is a reconciliation of data supplied by stakeholder institutions, and an independent assessment of the collection, management, and use of the country’s petroleum revenues for the period January – December 2021. 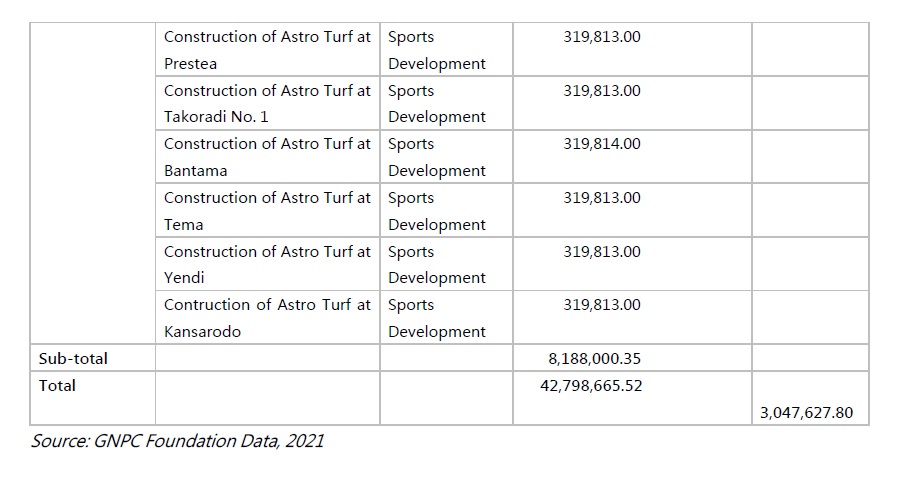 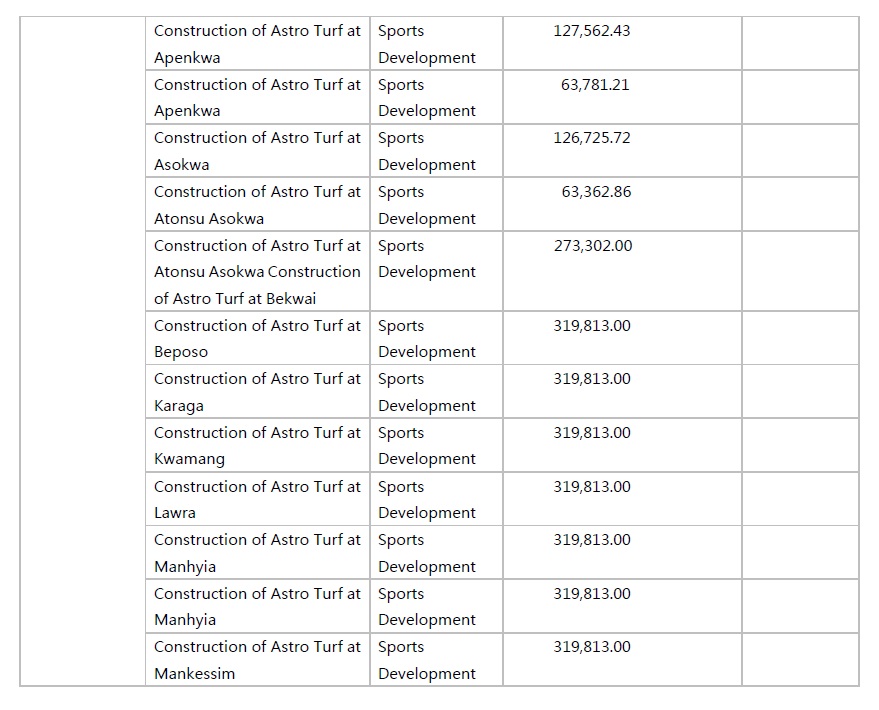