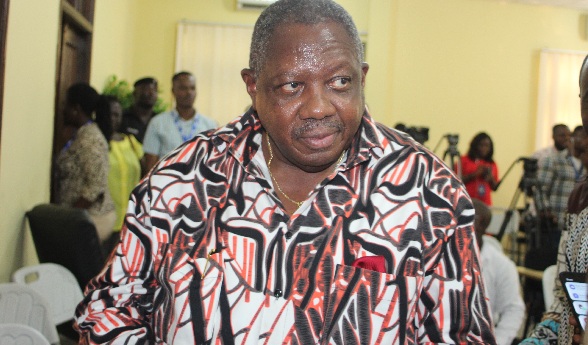 The president of Cape Coast Ebusua Dwarfs, Nana Sam Brew-Butler, is confident that the Black Stars will qualify for the FIFA World Cup in Qatar in December next year.

He was also convinced that Coach Milovan Rajevac was the right man to lead the nation to the next World Cup.
“Coach Milo is getting the results, so for now, I’m very satisfied with him,” he told Daily Graphic in an interview.

He maintained that nothing could stop the Black Stars from qualifying to the World Cup, adding that the team had been transformed under Coach Milovan Rajevac.

“I am optimistic and very confident that the Black Stars will qualify for the World Cup. I have no doubt about that,” he stressed.
Nana Brew-Butler, who spoke on the sidelines of the launch of Dwarfs’ new kit sponsorship deal for the 2021/2022 season, ruled out anything which could hinder the Black Stars from qualifying.

“There is a saying that at the end of the day the pessimist may be right but the optimist would have gone a longer way; I’m very very optimistic that they will qualify,” he assured.

He refuted the notion that the Stars’ match against Ethiopia in South Africa today might not go well due to some machinations by the South Africans who are leading the group.

“We’ll beat Ethiopia, and South Africa will come to Ghana and it will be in Cape Coast and we are going there to support and we shall beat them,” he stated.

Nana Brew-Butler, however, declined to comment on the dismissal of former coach, Charles Kwablan Akonnor, since he was not privy to the agreement between him and the Ghana Football Association (GFA).

“You and I want results and currently Coach Milovan Rajevac is producing the results,” he concluded.