Ghana will deal with Ronaldo, others in Qatar: Coach Didi Dramani assures 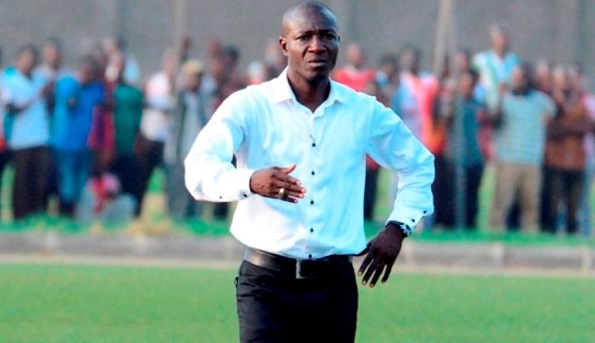 He told the Graphic Sports that Ghana’s technical team expected a tough grouping during last Friday's draw in Doha, and that he believed the Black Stars could effectively contain the Cristiano Ronaldo-led side and group rivals, South Korea and Uruguay.

"We never expected anything less than this. Whatever it is, we expected to be drawn against other tough opponents apart from African teams," Coach Dramani said confidently.

According to him, what was key to the success of the Black Stars in Qatar was effective planning and adequate preparation.
"I think the most important thing is planning and preparation. There are no minnows in football anymore.

"What is required to ensure success is the right personnel and a good strategy."

The former Asante Kotoko coach was a member of the Otto Addo-led technical team, including George Boateng and Chris Hughton (technical advisor), which handled Ghana's World Cup qualifying playoff with Nigeria last week. Following Ghana's qualification for the 2022 FIFA World Cup in Qatar, President Nana Addo Dankwa Akufo-Addo recommended to the Ghana Football Association to maintain the technical team until after the World Cup in December.

Coach Dramani, currently the Technical Director of Right to Dream Academy, assured the Graphic Sports that the Black Stars' technical team would use the 2022 FIFA World Cup as a springboard to revive and consolidate the future of the team.

"We will still use the World Cup as a springboard for the revival and consolidation to make the Black Stars great again."

He, however, stated that the Stars' technical team headed by Otto Addo would approach the Mundial with cautious optimism.

"We will be modest in our expectations but we will still go to Qatar full of hope," Coach Dramani stressed.

The coach was deployed as a scout for Ghana at the 2014 FIFA World Cup in Brazil, tasked with monitoring Portugal to assist then Black Stars head coach, Kwasi Appiah, with vital information to assist in plotting Ghana's group fixture with the European giants.

He revealed to the Graphic Sports last Saturday that he monitored Portugal against Germany in their second group match ahead of their last group assignment against Ghana. At the eleventh hour he stepped in for Otto Addo who was originally tasked to monitor that but was suddenly taken ill.

As a result of that task conducted in 2014 Coach Dramani believes he still has a fair idea about Ronaldo and his teammates to inform how Ghana approaches the group opener on November 24.

He hinted also that he and his colleagues would continue to hunt for more talented young Ghanaian players who are performing well across the globe to beef up the current team for the task ahead.

"We will look for more young players who are playing well for their clubs everywhere in the world and also bring back injured players such as Kamal Deen Suleiman and Baba Rahman who missed the playoff, as well as Skipper Andre Dede Ayew who was also not in action through suspension.

"In general, what is important is that we are building a team and we are looking at all aspects of the game," he explained.

He revealed that the Stars technical team had a pool of players in three categories who were deployed effectively in that order, especially in the second leg of the playoff against Nigeria in Abuja last week.

"The pool of players is very massive. We have A, B,C categories of players and that was how come we were able to adjust quickly and introduce other players effectively during the playoff.