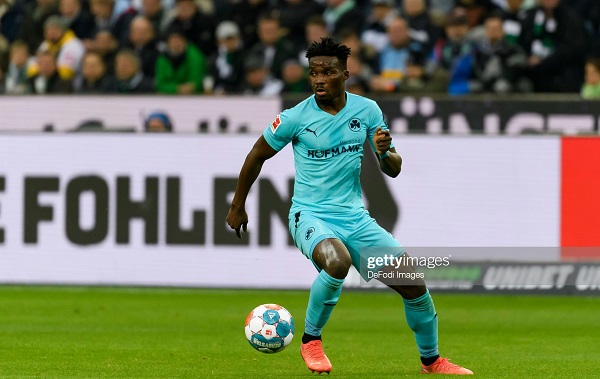 FC Ingoldstadt midfielder, Hans Nunoo Sarpei, believes Ghana has proved to be a force to reckon with at the World Cup stage and believes the Black Stars have a chance to make it out of Group H in Qatar.

Sarpei, who plays in the Germany Bundesliga 2, said the Stars have a lot of talented players to make a significant impact at the upcoming World Cup in November.

Ghana have been drawn in Group H alongside giants Portugal, Uruguay and South Korea as they prepare to mark the nation’s four appearances at the biggest football tournament in the world.

Coach Otto Addo’s side lost 1-2 to Portugal in their last Word Cup in 2014 in Brazil and is looking forward to making amends against Uruguay --- following Ghana’s controversial penalty shootout defeat to the South African side in 2010.

“Over the years, Ghana have proven to be one of the best teams to represent Africa on the continent and I have no doubt, the team will prove its prowess again in Qatar,” Sarpei told Graphic Sports in an interview.

“The team is made up of so many talented players who have what it takes to make the nation proud in Qatar so I am convinced they will qualify from the group stage.”

The Germany-based player is yet to make his international debut for the Stars despite being considered by Coach Addo in recent times.

When asked about his chances of making the World Cup team, the 23-year-old explained that the time would come for him to get his chance.

He revealed that he met with Coach Addo in Germany before coming back home for vacation.

“I don’t think I must rush anything because it is a matter of time for me to get the chance to play for Ghana.

“The time will certainly come for me to prove to Ghanaians what I can do but I am ready to wait for my time and support the team.”