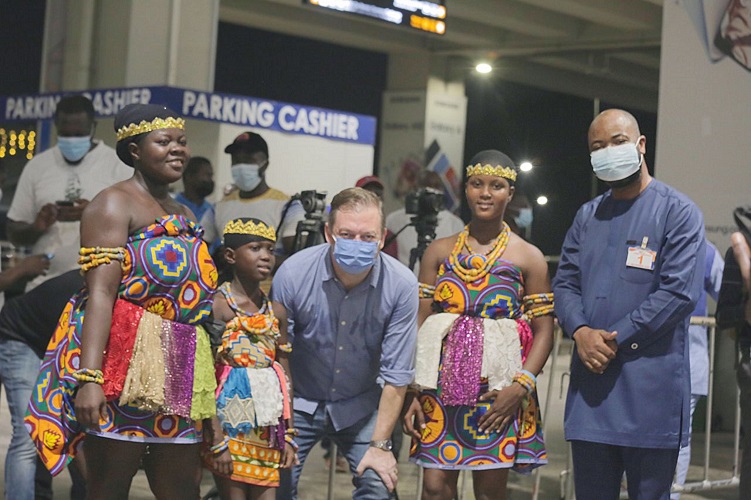 The president of the International Paralympic Committee (IPC), Andrew Parsons, has confirmed that Ghana would host the first-ever African Paralympic Games.

He also noted that Ghana would be the hub for the development and growth of disabled and parasports.
Mr Parson revealed this at a colourful welcoming ceremony at the Kotoka International Airport in the company of Ghana and  African Paralympic Committee (APC) president, Samson Deen, and former president, Cornelius Adja Cofie, last Tuesday.

Amid a rich blend of drumming and adowa dancing by a drama troupe, Mr Parsons took to the floor to try some adowa moves to the admiration of the cheering crowd and some athletes of the Ghana Paralympic Committee.

"We do aim to deliver and organise with the Ghana Paralympic Committee (GPC) the first-ever Paralympic Games here," he hinted.

He further disclosed that he was also here to inform the President about it and explore avenues to successfully host the competition.

He noted that the African para-games would be fundamental to the enhanced performance of Africa para-athletes at the Olympics.

"There has been improved performances of para athletes on the continent and it will get better with the Africa Paralympic Games," he noted.

He appealed to African governments to create the enabling environment  for para athletes to be able to work to earn a living and construct avenues for them to make them fit into society.

Mr Parsons is expected to meet the Minister of Youth and Sports, Mr Mustapha Ussif, yesterday and hold a meeting with the Ghana Paralympic Board today.
He is expected to depart Accra tomorrow.