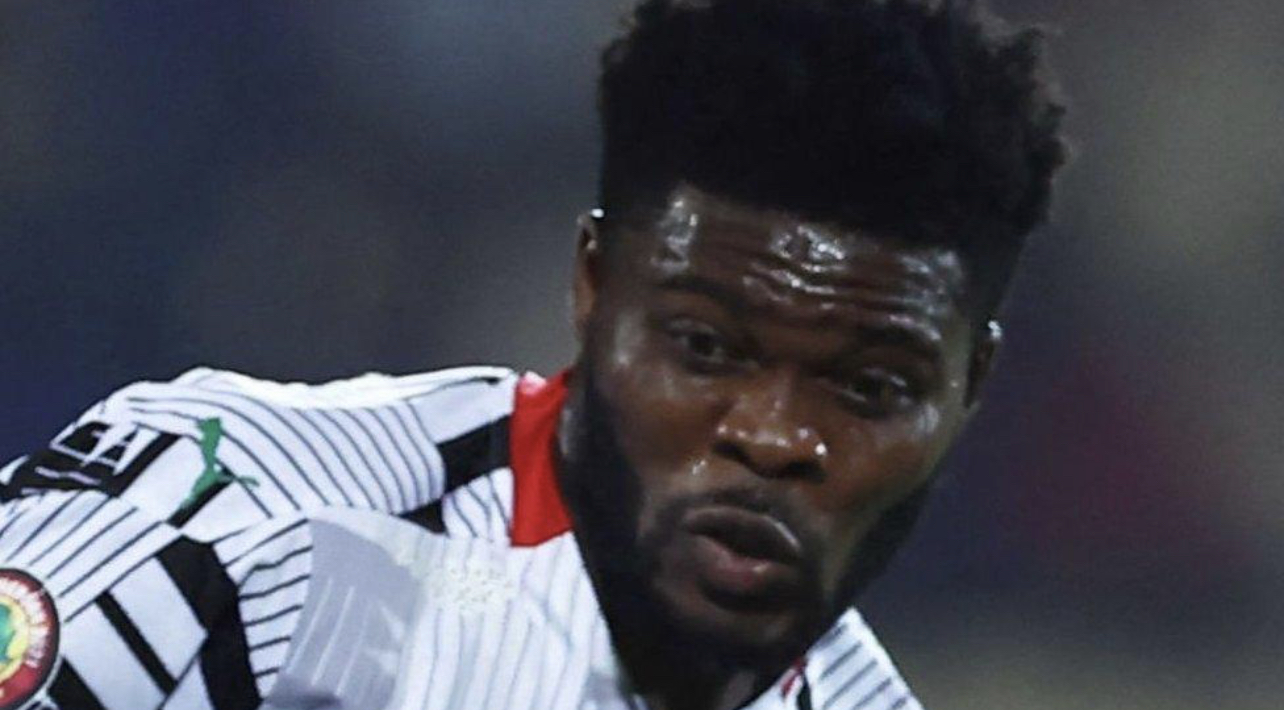 Thomas Partey led by example as he scored the decisive goal that powered Ghana into the 2022 FIFA World Cup in Qatar as the Black Stars put up a strong performance to hold Nigeria to a 1-1 draw in the World Cup qualifying playoff in Abuja Tuesday.

The Black Stars qualified on the away goal rule after a scoreless first leg in Kumasi last Friday.

It was a result hat sent the Ghanaians into delirium, left the Nigerian players shattered and sparked off pandemonium as irate supporters invaded the pitch, destroying almost everything in sight and even attacking the few Ghanaian fans who had to run for cover with security personnel having a tough time firing tear gas inside the inner perimeter to disperse the disappointed fans.

Ghanaian supporters had to be escorted onto the pitch through the players' tunnel to escape the violence and were held hostage in the stadium for more than two hours after the match for their safety before they were escorted by the Nigerian security out of the stadium.

The pandemonium started just after the referee had brought the match to an end and the sight of the star-studded Eagles crashing on home soil was too much heartbreak to bear, as the home supporters started pelting the Black Stars players with bottled water as they showed appreciation to the few home fans in the stadium.

The Ghana captain could not have scored a more important goal for Ghana as his ground shot slipped beneath goalkeeper Francis Uzoho in the 11th minute before William Troost-Ekong restored parity and hope for the home side through a well executed penalty in the 22nd minute.

In that charged atmosphere, Ghana's players played a tactical game and soaked up a lot of pressure with goalkeeper Joseph Wollacott pulling off brilliant saves that
brought relief to his side.

Buoyed by the vociferous home fans, the Super Eagles launched an early attack when Jordan Ayew easily gave away the ball in midfield but could not find the back of the net.

By the 14th minute, Ghana had soaked the pressure, turning defence into attack with Abdul Fatawu Issahaku sprinting half the length of the pitch before he unleashed a feeble shot which was easily handled by goalkeeper Uzoho.

Coach Otto Addo's side were once again forced into desperate defending in the 10th minute with Emmanuel Dennis meandering through the Ghana defence but saw
his shot at goal wasted.

The early goal brought the best from the Nigerians who started multiplying in attack, pinning the Ghanaians to their half. The defenders of Dennis Odoi Frimpong,
Gideon Mensah, Daniel Amartey and Alexander Djiku had to work overtime to contain the Nigerian menace as they started running riot.

The Ghanaians came under intense pressure in the 18th minute when Aribo Joe, Victor Osimhen and attack and pinned the Ghanaians to their half.

In one of their attacks, Amartey was judged to have brought down Lookman Ademola and Tunisian referee Sadok Selmi, aided by the VAR whistled for a spot kick for Nigeria which was converted by skipper Ekong-Troost.

Five minutes later, Daniel Amartey went into the books of the referee after a bad tackle on Osimhen but the resultant free kick was wasted.

Ghana were under severe pressure and in the 33rd minute, the Super Eagles found space in the Ghana defence with a long pass but goalkeeper Wollacott’s poor clearance resulted in the ball hitting Osimhen who slot home for the goal but after a prolonged VAR review, it was disallowed for offside positioning.

After recess, the two coaches brought on fresh legs to maintain the momentum with the Ghanaian goalie the busier of the two shotstoppers.

Not even the five minutes of added-on time could change the result as the Black Stars forced an important result that guaranteed them a fourth World Cup appearance after missing the 2018 World Cup in Russia.