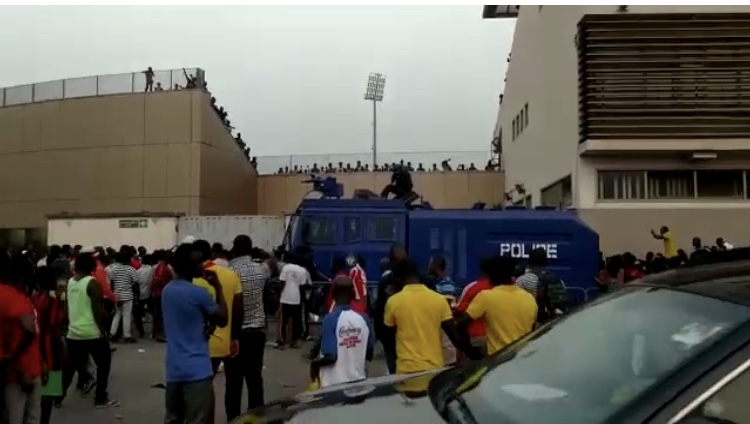 The policeman who shot and injured a Kumasi Asante Kotoko fan after last Sunday's match at the Baba Yara Sports Stadium has been interdicted by the Ashanti Regional Police Command as part of investigations into the incident.

The football fan was shot under the left eye with a rubber bullet after fans of Kotoko went on a rampage as part of a protest against referees who officiated the match on Sunday.

The Ashanti Regional Police Command has not put out the name of the policeman but has explained that investigations have been instituted into the incident, to unravel what led to the fan being shot under the left eye.

Read also: Why the football fan was shot in the eye in Kumasi (VIDEO)

He reiterated the command's position on the need for its personnel to exhibit professionalism and ensure the safety of all persons at public events, especially at the stadia.

According to him, the incident happened at a time some supporters of Kotoko went on a rampage after the club lost a home match to Berekum Chelsea.

The fans reportedly pelted policemen on duty with stones and damaged police vehicles and also injured some policemen, he said.

ASP Ahianyo explained that the injured fan who had been sent to the Komfo Anokye Teaching Hospital (KATH) is, however, responding to treatment and is in stable condition.

Below is a video from the scene of the incident

It was not clear exactly what the fan did but the rubber bullet fired by the policeman hit him in the face and made him bled profusely.

He was rushed to the Emergency Unit of the Komfo Anokye Teaching Hospital for medical attention.

The Public Relations Officer of Kotoko, Kennedy Boakye Ansah described the action of the police as senseless since the referees who most of the supporters had amassed outside of the entrance of the dressing room and were waiting for, had already been put into a police armoured vehicle and driven away.

As a result, he said there was no need for the police to have fired that shot.

According to him, the Kumasi Asante Kotoko would be lodging a formal complaint with the police to investigate the issue. 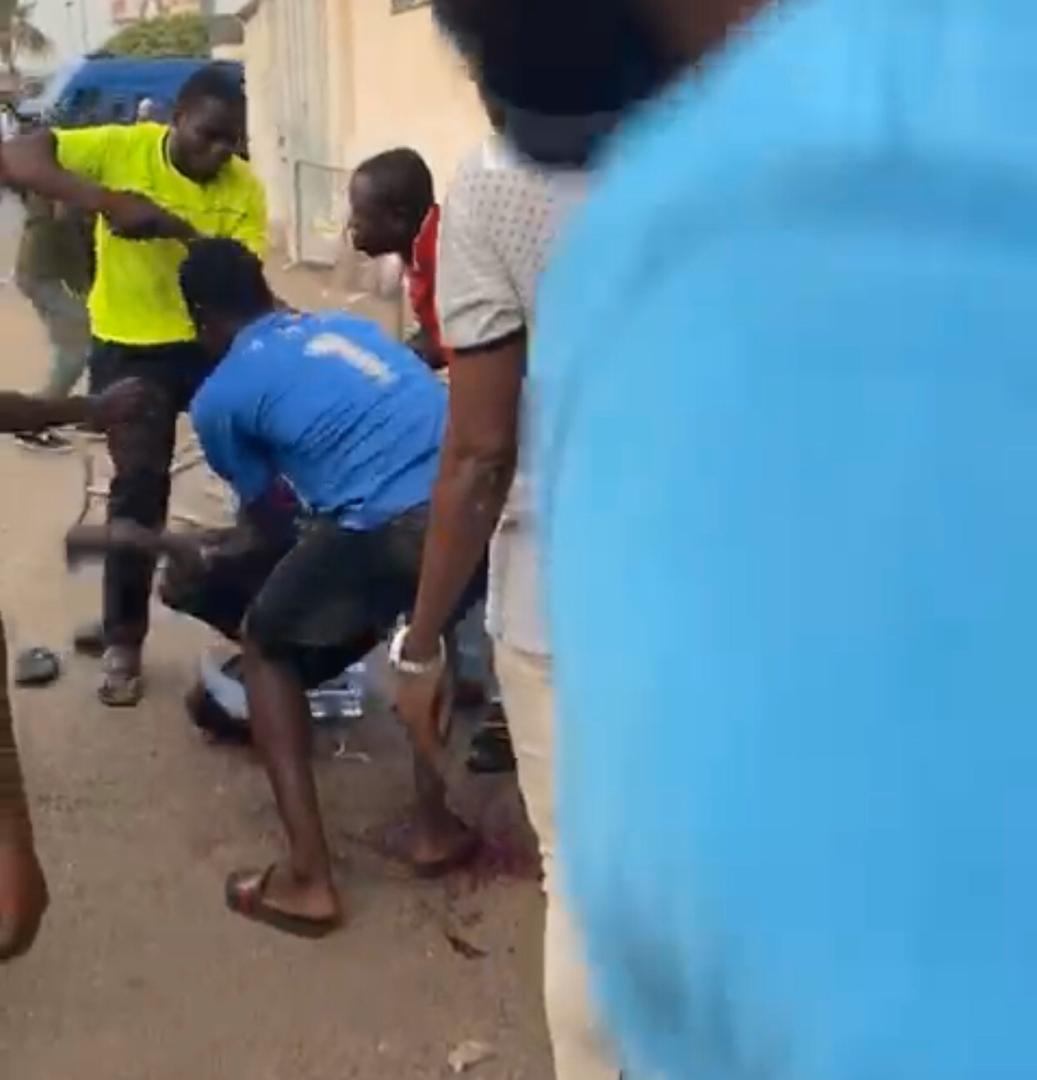 Meanwhile, he said the club would be footing the hospital bill of the wounded fan.

The match Day 3 of the ongoing Ghana Premier league between Asante Kotoko and Berekum Chelsea was marred by officiating.

This compelled the supporters to throw missiles onto the pitch and halted the game for about 10 minutes. 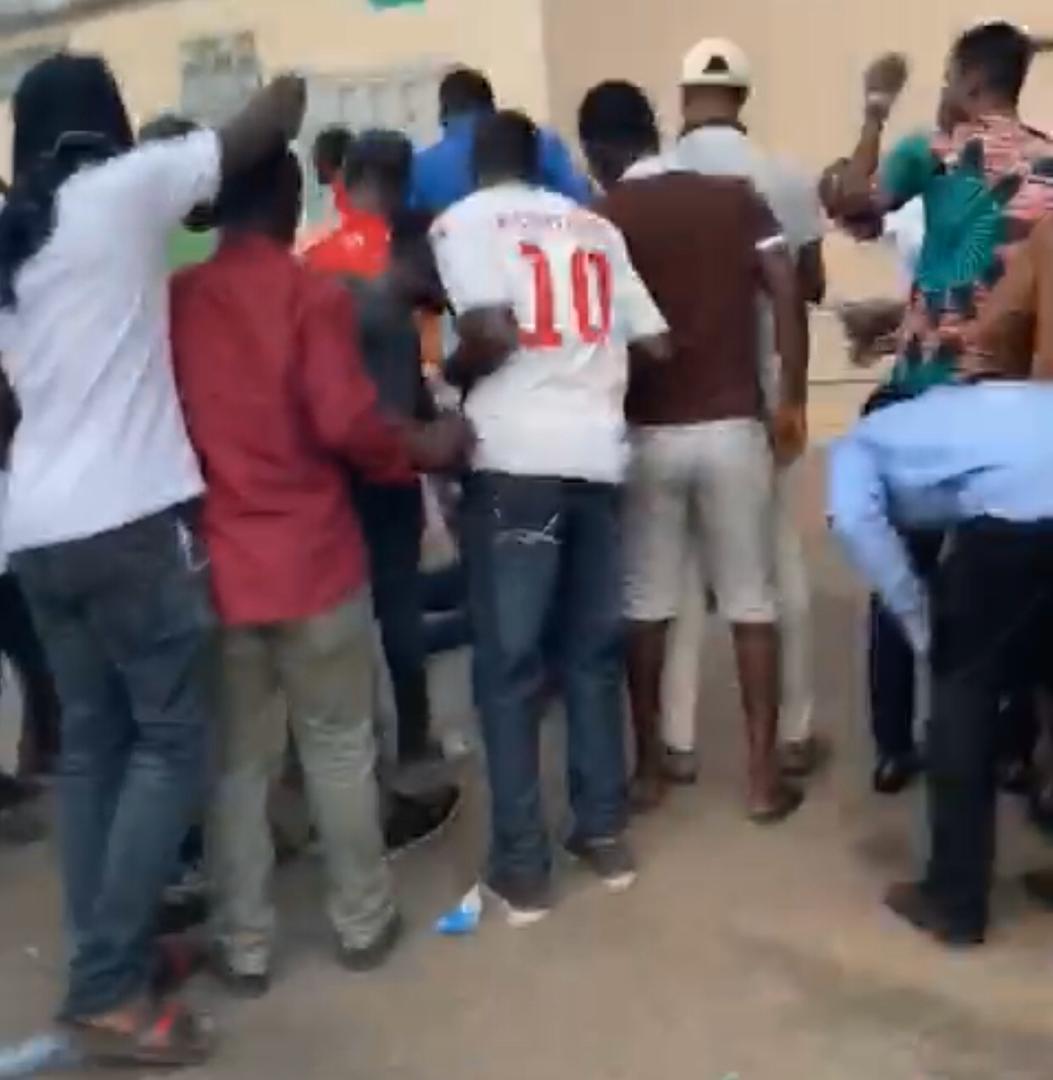 It all started when an off the ball incident on the blind side of the central referee, Charles Bulu who was told by the fourth referee that the culprit of the incident was Ampem Dacosta.

Without wasting much time, Bulu flashed the yellow card to Dacosta who had already received a yellow and therefore was marched off to the dressing room.

This angered the supporters who started throwing missiles including sachet and bottle water onto the pitch.

Even after the game, not even the shield provided by the police would spare them from attacks from the supporters.

Even after the match, the supporters still waited for the referees in front of the mixed zone area.

It was at that spot that the police fired the rubber bullet and injured the fan. 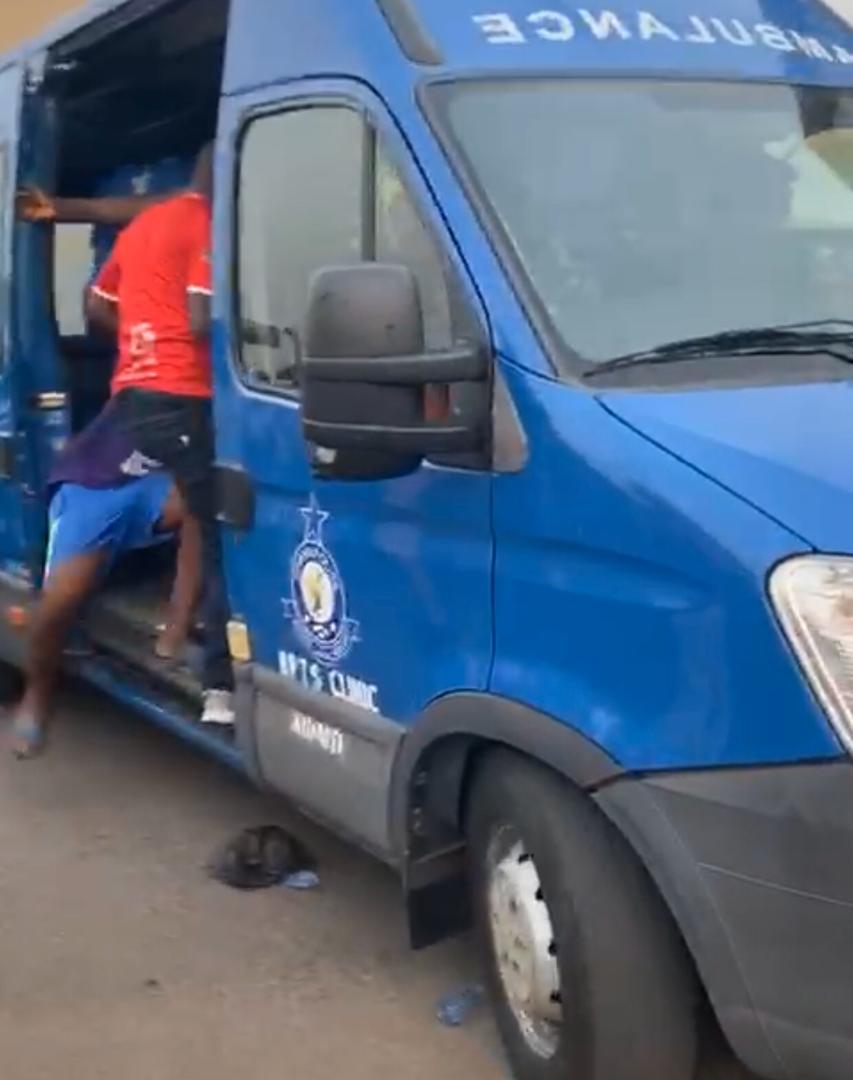