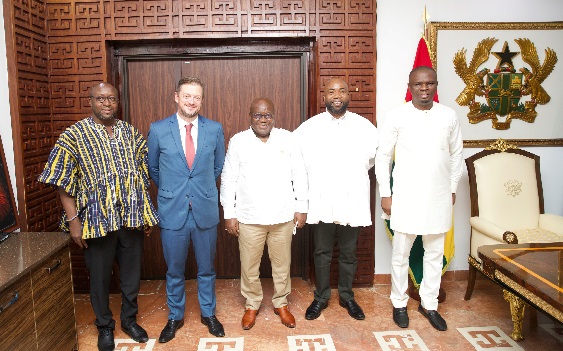 The President of the International Paralympic Committee, Mr Andrew Parsons, has asked President Nana Addo Dankwa Akufo Akufo-Addo to consider the proposal for Ghana to host the African Paralympic Games in 2023.

“We want Ghana to be the first country in Africa to host the Africa Para Games in connection with the all African Games” he said, and added that the international body wanted Ghana to be the driver of Paralympic sports in Africa.

Mr Parsons made this known to the Presidential Press Corps at the Jubilee House after he, together with the Minister of Youth and Sports, Mr Mustapha Ussif, had introduced the newly elected President of the African Paralympics Committee, Mr Samson Deen, to President Akufo-Addo.

Mr Parsons announced that the international committee was ready to offer long-term support for the sport in Ghana and the continent as a whole and asked President Akufo-Addo to consider the opportunity to host the African Para Games in Ghana.

Touching on the support the international body was ready to offer, he said that could take the form of expertise, resources and partners, explaining that “we don’t want this to end in 2023, we want something that would go beyond that”.

He said the International Paralympic Committee had seen the potential in Ghana and wanted Ghana to be the driver of Paralympics in Africa because it also had the right leadership at both the sports and national levels.

Mr Ussif said President Akufo-Addo asked the International Paralympics and the African body to present a proposal to the Ministry of Youth and Sports for consideration.

Mr Deen, for his part, said his priority was to ensure that Ghana was able to organise the first Africa Paralympics Games.