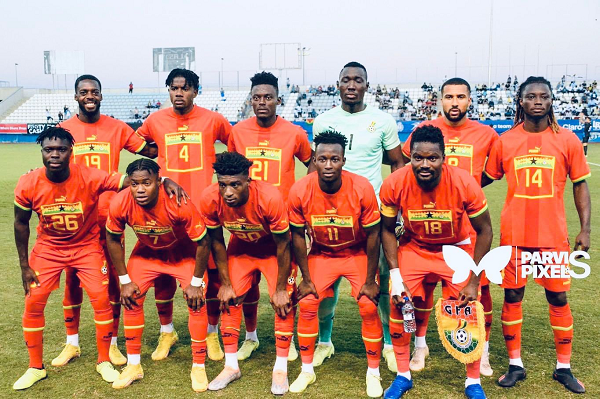 The Black Stars of Ghana will head into the 2022 FIFA World Cup as the lowest-ranked country after dropping to 61st place on the latest log.

Ghana, four-time African champions were ranked 60th in last month's FIFA World Cup ranking and dropped after a 3-0 loss to the highest-ranked team Brazil and a 1-0 win against minnows Nicaragua.

Ghana was last ranked 61st in February after a horror showing at the 2021 AFCON in Cameroon, where Ghana finished bottom of their group with just one point from their three games. At the time, it was the country's lowest ranking in 18 years.

The Black Stars are scheduled to play Portugal on November 24, South Korea (on November 28) and Uruguay (December 2) in Group H of the World Cup.

The latest ranking means the Black Stars are not among the top 10 countries in Africa.

The top 10 is completed by Egypt, Cameroon, Mali, Cote d'Ivoire and Burkina Faso with Ghana in 11th place.

Brazil (1st) will embark on their bid to win a sixth world title as ranking leaders next month.

In beating Ghana and Tunisia in their two friendlies last week, the Seleçao widened the gap between themselves and their nearest challengers, Belgium (2nd), who lost to Netherlands (8th) in the Nations League and Argentina (3rd) who complete the podium.