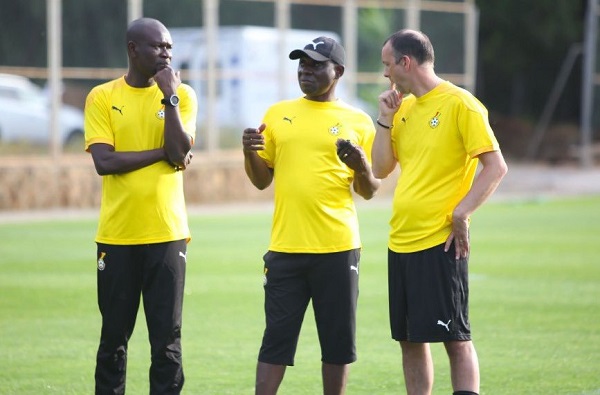 Coach of the national men’s football team, the Black Stars, Charles K. Akonnor has been relieved of his duties.

Also relieved of their roles with the Black Stars are his two assistants, David Duncan and Patrick Greveraars,

A statement by the GFA quoting its Executive Council said it decided to terminate the appointments upon receipt of a Technical Report from the Head Coach and from the Black Stars Management Committee following Ghana’s Group G World Cup qualifying matches against Ethiopia and South Africa.

“The Executive Council after considering the two reports have decided to terminate its relationship with the Head Coach C. K Akonnor and the two Assistants.

“The Executive Council has formed a three (3) Member Committee made up of Vice President Mark Addo, Upper East Regional Football Association Chairman, Alhaji Salifu Zida and Dr. Randy Abbey to find a Head Coach and Assistant Coaches for the Black Stars within the next 72 hours.

“The Association wishes C.K. Akonnor and his Assistants the very best in their future endeavours.”

The Black Stars next play Zimbabwe in the next round of games in October and currently have three points after beating Ethiopia at home and losing to South Africa.