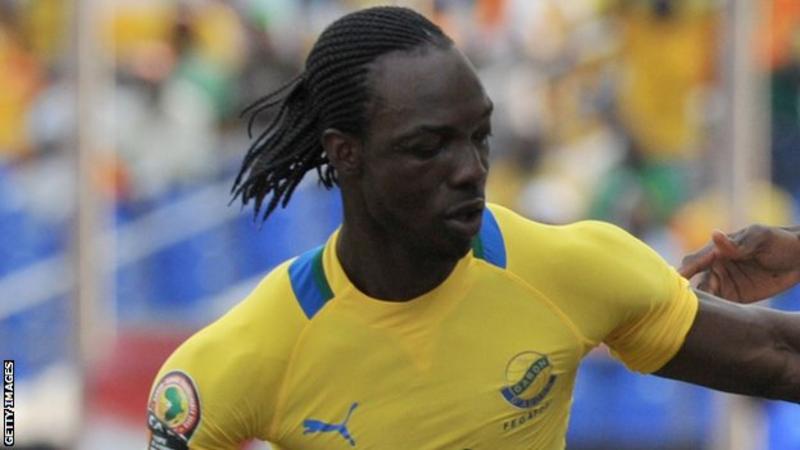 Tributes have been paid to former Gabon international Moise Brou Apanga who died on Wednesday from a suspected heart attack.

The 35-year-old collapsed during a training session with his Gabonese club FC 105 Libreville.

"We played together, we played against each other but it was always a pleasure to play alongside you," Gabon captain Pierre-Emerick Aubameyang posted.

"Rest in peace my brother."

The Gabon Football Federation (Fegafoot) announced the news and also paid their own tribute.

"The country has lost a brave son who has always given his best for the Gabonese flag," Fegafoot wrote.

"All our condolences to his family and team-mates."

"I take this moment to tell you that I'll be thinking about you every minute of this match - rest in peace big brother," the 22-year-old wrote just before he took to the field for Sunderland against Middlesbrough.

"Brou Apanga a legend of Gabonese football." he added.

Brou Apanga was born in Ivory Coast but during his first spell with FC 105 he was persuaded to become a Gabonese citizen by the then coach Alain Giresse.

The French coach handed Brou Apanga his debut in 2007 and also helped him secure a move to Brest.

As well as playing for Brest in France he also had spells with Italian clubs Perugia and Brescia after originally beginning his career with FC Politehnica Timisoara in Romania.

After his spell with Brest he returned to Gabon in 2012 and played for Mangasport before enjoying his second spell with FC 105 after returning earlier this year.