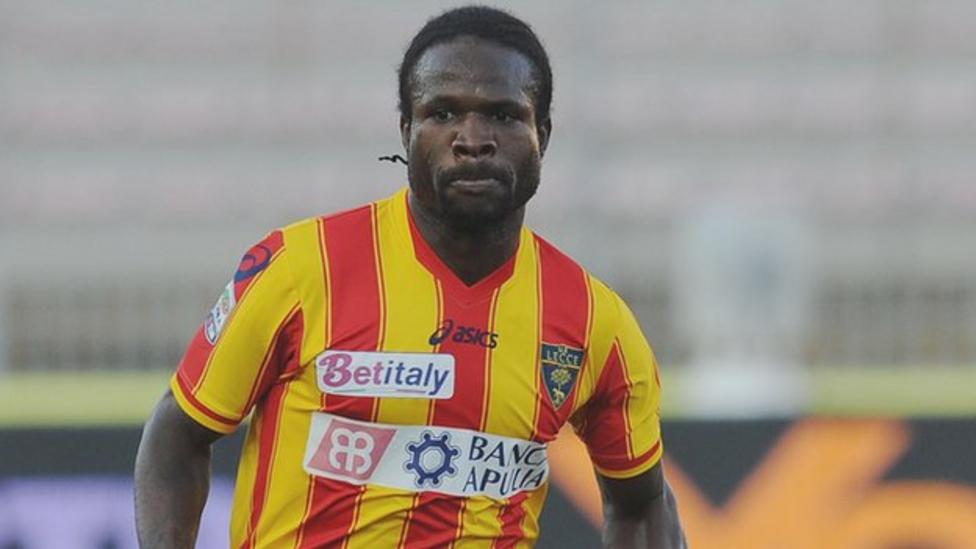 Former Nigeria midfielder Christian Obodo is traumatised after he was kidnapped in the country's oil-rich Delta state for the second time in eight years.

The 36-year-old, who spent over a decade in Italy's Serie A, was dragged from his car by unknown gunmen on Sunday after parking to buy fruit in the southern city of Warri.

"I was forcefully taken at gunpoint on refinery road not too far from my house, blindfolded and forced into the passenger seat of my car," Obodo told BBC Sport Africa, as he revealed dramatic details of his seizure.

"They started punching me and one of them threatened to shoot me in the head if I don't stay calm and quiet, it was at this point that I explained to them who I was and probably not who they were looking for.

"One of them recognised my name as the footballer, that was when I knew I wasn't targeted, but randomly picked up by these guys.

"It was really traumatising because the motives were unclear and being subjected to another abduction is very cruel.

"They took my diamond earrings, wristwatch, necklace and demanded money, but I told them I only had my bank cards."

To make things even worse for Obodo he was locked in the boot of his car as his abductors decided to empty his account.

"I was kept in my boot for more than four hours. They started emptying my accounts using my two unlimited cards," he said.

"They were driving me to different places, I didn't even know we were still in Delta State. You can tell they are highly experienced in these card transactions.

"They were taking out cash endlessly and took their time with different transactions by removing unlimited cash whilst I was locked up in my boot.

"After they realised they couldn't take out more cash they drove me into a dark spot, where I was dumped later that night and was allowed to leave."

It is the second time the former Perugia, Lecce and Fiorentina player has been kidnapped in his hometown, with the first taking place in June 2012 while he played for Udinese.

Obodo said while this latest incident was random, the trauma has left him broken and feeling unsafe in his country.

"It's sad to say that I no longer feel safe anymore," he told BBC Sport.

"Just to park on the road to buy my mother apple and watermelon, only to be seized at gunpoint.

"Imagine travelling on the road where you are all alone. A lot has to be done with security across the country for citizens to feel safe.

"I may have lost money and things money can buy, but now I fear that one day one could lose his life to gun-wielding people who might kill you for not having anything they want."

Kidnappings - more often of oil workers, the rich and famous - are a regular occurrence in Nigeria, but footballers and their families are increasingly being targeted.

In March 2019, the mother of Nigeria international Samuel Kalu was released after being held by gunmen for six days.

It came almost a year after former Chelsea and Nigeria midfielder John Mikel Obi's father was kidnapped for the second time in seven years in June 2018, before being released after a ransom of 10 million naira (about $27,500) was paid.

Back in 2007, France-based defender Onyekachi Apam was kidnapped by armed men who took his car before releasing him.

A year later, the elder brother of Everton defender Joseph Yobo was kidnapped in oil-rich Port Harcourt before being released 10 days later.