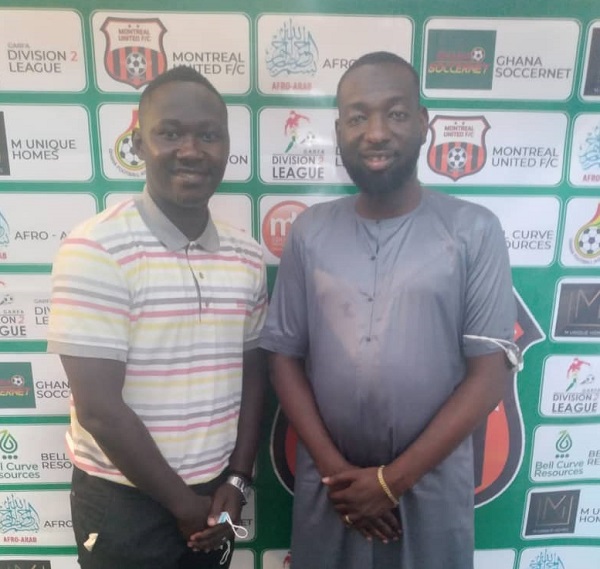 Bekoe, 34, was unveiled on Wednesday evening at the club’s office in Kanda and is expected to use his vast experience and knowledge of local football to groom players at the Nima-based club.

Per his contract, he is also expected to qualify the team to the Division One League.

Speaking to the media at his unveiling, the former Kotoko striker said he was grateful for the opportunity to coach at such a high-profile club.

“Years back, I used to walk from Maamobi to Kanda just to watch Montreal FC play and today I am being unveiled as the head coach of this team. I am emotional. Who am I? I am grateful for the opportunity given not to coach but to serve because Montreal is a traditional team with big people behind it. I will do all I can to make this club great again," he said.

"I can’t do it all because it is a collective Job. I am here to work, respect my job and treat these players with the respect they deserve because if you want them to deliver. Shouting at them won’t do the trick".

Montreal United will be Eric Bekoe's 2nd club in his managerial career after having previously coached another Division Two side Nsawkawman FC.