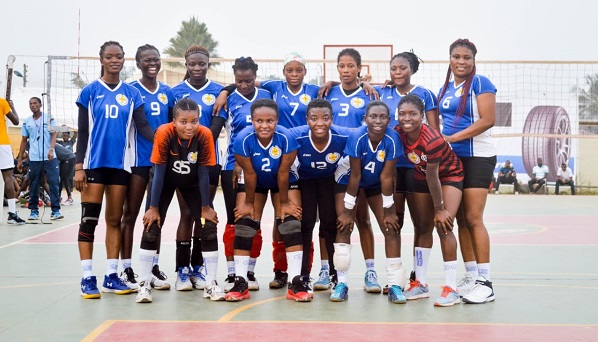 The Manager and coach of El-Wak Wings Ladies, Divine Edem Dotse, has made a passionate appeal to the government and well-meaning Ghanaians to support the team financially to enable them to compete in the 2022 African Volleyball Championship in Tunis from May 19 to June 1.

“As we speak, I don’t know how we can raise the needed funds for this trip and also prepare for this tournament. I’m therefore appealing to the corporate world for financial support,” he told the Daily Graphic.

He noted that despite the challenges, the team would still like to compete in the tournament.

‘We have already started training and preparing for this competition. We have kept our fingers crossed in the hope that we get the needed funding to be part of the competition,” he stated.

Coach Dotse revealed that the team had intensified its preparations towards the tournament at the El-Wak Stadium in Accra, notwithstanding the financial constraints.
Elwak Wings Ladies became the first civilian volleyball club in the country to win an African title and receive an invite from the Confederation of African Volleyball (CAVB) to compete in the 2022 African Volleyball Championship.