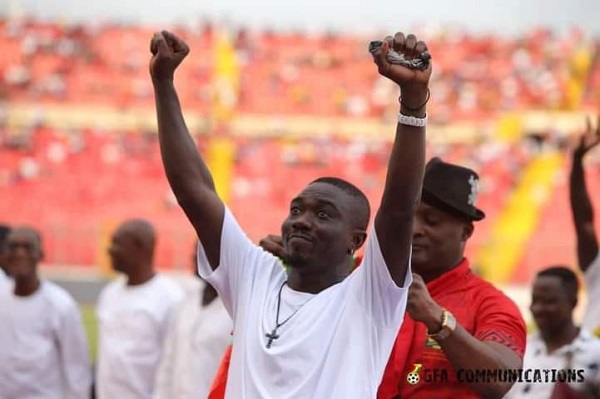 Accra Hearts of Oak has appointed former player, Bernard Don Bortey as the youth development coach of the Under-14 team.

The 39-year-old is also expected to assist Coach Samuel Nii Noi at the Under-18 level while building the foundational modules to revamp the Under-14 team.

According to the club, Bortey who played for Hearts between 2001-2010 and Coach Nii Noi are expected to work closely under Serbian coach, Slavko Matic.

“As part of Don Bortey’s responsibilities, he will assist Coach Samuel Nii Noi Thompson at the Under-18 level while building the foundation modules to revamp the Under-14 team. Both coaches will work closely under head coach, Slavko Matic", the club said.

The Hearts of Oak legend will be coming into the job with Ghana Football Association (GFA) National ‘D’ Coaching License and has previously coached Wa Yasin FC and Techiman Gold Stars.


The club said the decision to appoint Don Bortey came following a list of applicants who were vetted for the position.

During his playing days, Bortey was capped seven times for the Black Stars without a goal with his last game being in the qualifying stage of the 2006 FIFA World Cup.

He also represented Ghana in the 1999 FIFA U-17 World Championship in New Zealand, where he played 6 games and scored 3 goals, helping Ghana to finish third in the tournament.