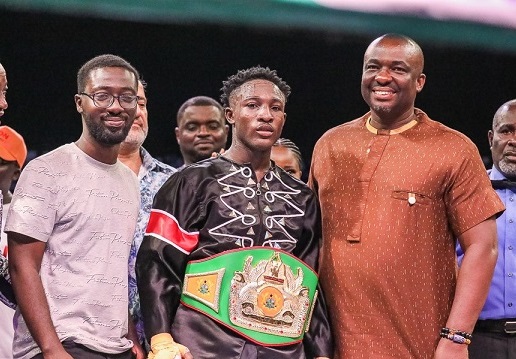 Michael Decardi-Nelson turned on the style last Saturday with an impressive display to defeat the experienced Raymond Commey with a unanimous points decision to win the National Bantamweight title at the Bukom Boxing Arena.

The highlight of Fight Night 12 of the De-Luxy Professional Boxing League, the 12-rounder provided a lot of thrills for the capacity crowd which included some members of the business and diplomatic communities, as the younger Decardi-Nelson of the Akotoku Academy used his superior ring craft and hands speed to subdue his stubborn opponent who refused to go down despite taking a beating.

After the fight there was no dispute about the winner as judges Nat Obeng, Ishmael Williams and Richard Amevi each scored it 120-108 in favour of Decardi-Nelson who fought patently to pile up points before dazing his opponent with some strong jabs and uppercuts, one of which dropped the veteran Commey, known in boxing circles as Chorkor Banku, midway into the fight but picked himself up from the canvas to fight on. 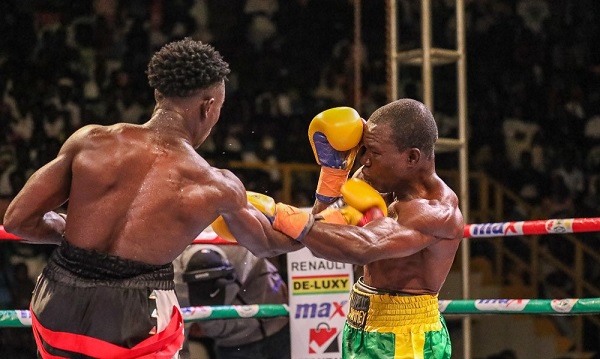 Michael Decardi-Nelson (left) was too strong for his older opponent, Raymond Commey

The fight witnessed some impressive performances, especially from John Zile, who was too strong for Hope Mawuli whom he stopped with a second round knockout in their bantamweight clash. With the victory, Zile improved his ring record to five wins in as many fights.

In other fights, Eric Quarm recorded a fifth round technical knockout victory over Michael Tetteh in an eight-round super featherweight contest, with referee Erasmus Owoo stopping the fight 56 seconds into the fifth round after Tetteh’s corner threw in the towel. 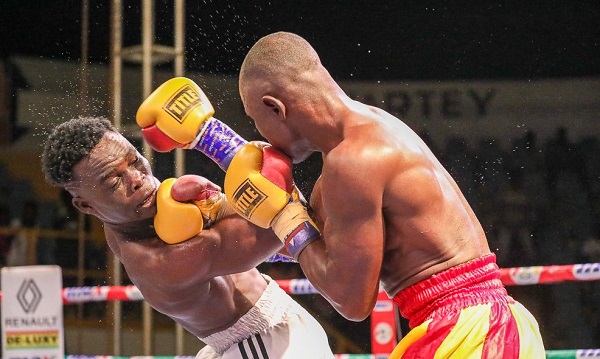 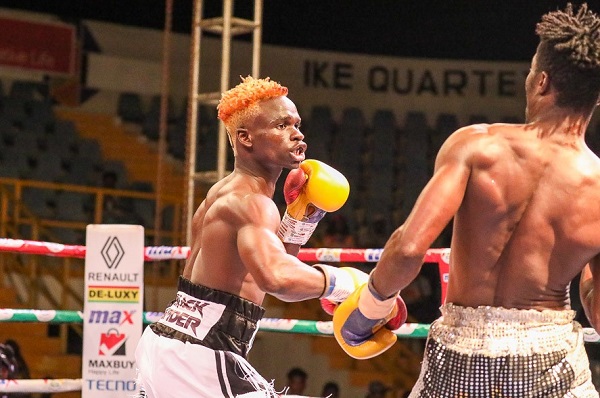 After 12 weeks, Fit Square Gym lead the league log with 28 points and followed closely by Sonia Gym and C.Q.B. Foundation, both on 27 points.

Wisdom Gym is bottom of the 12-team log with just three points. 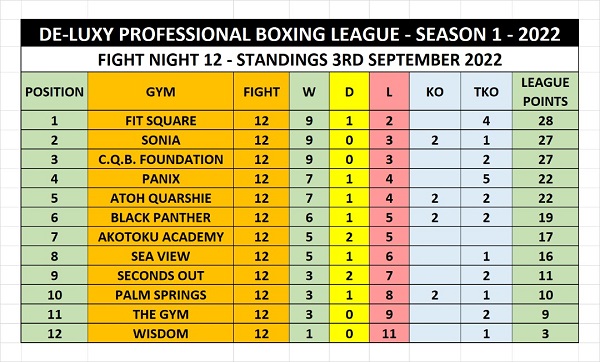