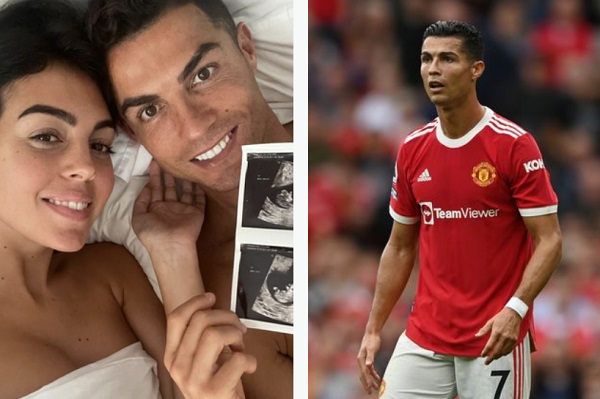 Cristiano Ronaldo has announced that his partner, Georgina Rodriguez, is expecting twins.

The Manchester United superstar posted an image of himself and Rodriguez in bed on Instagram and captioned it: "Delighted to announce we are expecting twins.

"Our hearts are full of love - we can’t wait to meet you."

The birth of the twins will Ronaldo the father of six children.

Rodriguez already shares daughter Alana, who is three, with the 36-year-old, and Ronaldo has a son named Cristiano Jnr, 11, and twins Eva and Mateo, both four.

The five-time Ballon d'Or winner met Rodriguez while she was working as a sales assistant in a Gucci store.

Juventus and Barcelona - The Post-GOAT Slump
Rodriguez hails from the tiny Spanish village of Jaca, with her Argentine ex-footballer father, Jorge, and Spanish mother, Ana.

She spent time in England before meeting the Old Trafford icon and learned English, spending time in places such as Bristol and Bath before returning to Spain and working in high-end retail.

She spent time in England before meeting the Old Trafford icon and learned English, spending time in places such as Bristol and Bath before returning to Spain and working in high-end retail.

He added that it would be his mother, Maria Dolores dos Santos Aveiro's, dream to see the pair walk down the aisle, something the former Real Madrid and Juventus star is more than open to.

Unfortunately for CR7 right now, things are going less swimmingly on the pitch, with manager Ole Gunnar Solskjaer under increased scrutiny following the Red Devils' 5-0 thrashing at home to Liverpool on Sunday.

Ronaldo, who had a goal ruled out for offside, has reportedly been instructing his team-mates not to down tools under Solskjaer, who has escaped the sack this week.