It was a of mixed feelings for Team Ghana in boxing on Friday after two fighters, Ornella Sathoud and Shakul Samed exited the Commonwealth Games with Abdul Wahid Omar progressing to the Round of 16 stage of the light welterweight division.

While Sathoud lost 0-4 to England's Kerry Davis in their middleweight bout, Rosalba Jean Luc had a walkover against Olympian Shakul Samed who failed to appear for weigh-in ahead of their light heavyweight bout.

However, Wahid raised Team Ghana's hopes when he earned a split 3-2 decision victory over Isle of Man's Jamie Devine. The 2014 Commonwealth Games bronze medallist dominated his opponent to earn a place in the next round.

"I am happy for this victory because it was against an opponent from the host nation," Wahid told Daily Graphic after his win.

"The focus is to win gold and I am focused on working harder to achieve that. I have to continue listening to my coach and I believe I can achieve that."

He denied a communique by the Commonwealth Games that the Ghanaian fighter failed to appear for weigh-in to the bout.

"Shakul had a medical problem and that is why he couldn't fight and it has got nothing to do with him missing a weigh-in session," Coach Asare told Graphic Online.

In swimming, Ghanaian sensation, Abeiku Jackson failed to qualify in the men’s 50m butterfly heats in a time of 24.19s.

On the other hand, youngster Zaira Forson set a new personal best time of 2:19:02 minutes to advance in the women's 200m freestyle heat.

The victory finished the 16-year-old swimmer as the second best in the heat and qualifies her to the next stage of the competition. 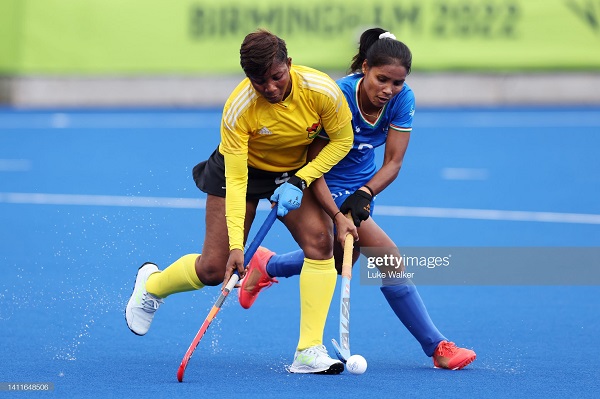