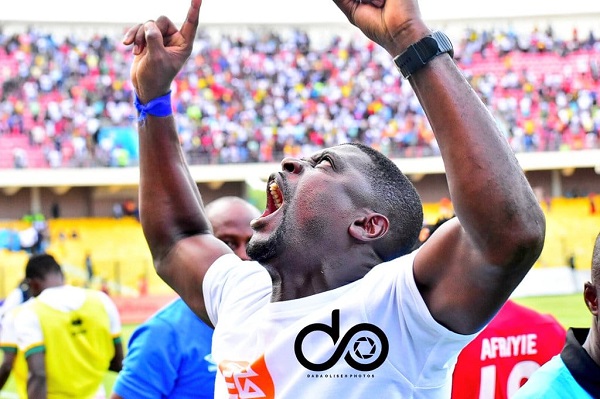 Ex-Accra Hearts of Oak coach, Samuel Boadu, has been appointed as the coach of the national Under-20 side, the Black Satellites.

The 36-year-old former Medeama SC coach was among a list of local coaches who were attached to the national team to understudy coach Otto Addo at the World Cup in Qatar to gain some experience.

Boadu who graduated from the Kumasi Technical University succeeds Karim Zito who has been shifted to the Black Starlets.

Coach Boadu is not new to the national team as he has previously worked as an assistant in the Under-20 national team.

He is expected to fill in the shoes of some previous local coaches such as Fred Osam-Duodo, Francis Oti Akenteng, Emmanuel Kwesi Afranie and Sellas Tetteh who guided to the team to international glory.

The coach who played for Prestea Mine Stars, Ghapoha FC and Berekum Arsenal as a midfielder would have the task of developing young talents that would be used as a feeder into the senior national team.

He would be assisted by Desmond Offei and Salifu Fatawu who previously worked as assistant to Karim Zito while ex-Black Stars and Ashantigold goalkeeper, Fatawu Dauda would be the goalkeeper’s trainer.

Their immediate assignment is to lead Ghana to the 2023 African Games slated for Accra in August next year.