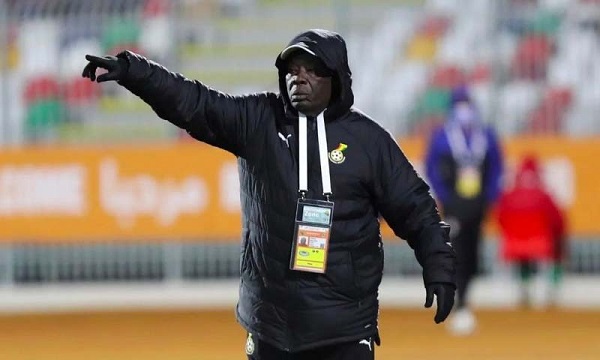 Black Galaxies coach, Annor Walker, says he is aware of the mistakes in his defensive set up which he said was part of football.

Even though the coach has agreed to amend the errors as the competition progress, be still believes the players still needs direction on the pitch.

The coach who disclosed this during the post-match press conference after the Black Galaxies beat Sudan 3-1 to advance to the quarter final stage of the tournament, the coach also said the players seemed surprised after conceding the first goal.

“Occasionally we saw some mistakes there but it’s part of football. The players need to be directed and coached. I am aware of some mistakes in my defence and as we move forward we will correct them.

The Ghana defense has already conceded three goals in the competition, two of which came in the first game from defensive blunders and the latest one against Sudan also as a result of lack of concentration on the part of the defenders.

The coach also said they had to play against a 12th player as the entire stadium was against them which encouraged the Galaxies to motivate themselves to fight and get the maximum points.

“We knew we don't have supporters here and we wouldn’t get much support at the stadium. We relied on ourselves to fight to survive.

“We saw the fans shouting in support of Sudan and we knew we had to fight for ourselves and that’s what made us successful”, the coach said.