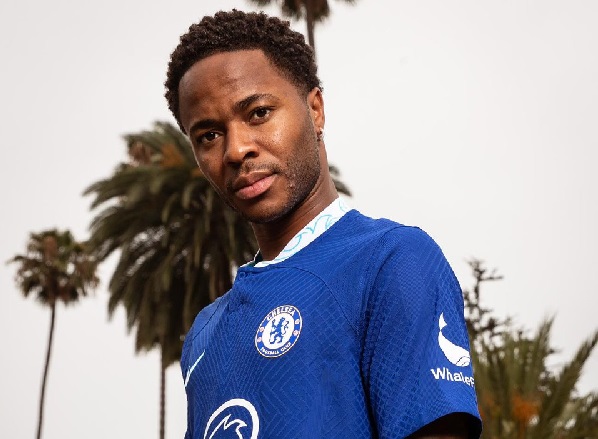 Raheem Sterling completed his £50million move to Chelsea and vowed to “do his talking on the pitch”.

The London-raised 27-year-old has returned to the capital from Manchester City to pen a five-year deal worth more than £300,000-a-week.

Meanwhile, Kalidou Koulibaly will soon complete a £34m move from Napoli, as the club's new US owners continue to splash the cash.

“First and foremost, it's a pleasure to be here,” Sterling said after being unveiled in Los Angeles, where Chelsea are currently on tour.

“I've obviously achieved a lot in my career so far, but there is still so much more to achieve and I'm really looking forward to doing that in a Chelsea shirt, under Thomas (Tuchel's) management.

“London is my home and where it all started for me, and it's amazing I now have the opportunity to play in front of friends and family week in, week out at Stamford Bridge. I'm really looking forward to meeting the fans there soon.”

Sterling also hailed the club's new American owners and manager, adding: “I can't wait to get going now and continue to do my talking on the pitch.”

Chairman and co-owner Todd Boehly said, “Raheem Sterling is a serial winner and his signing is an important step in strengthening our squad.

“We are delighted for Raheem to return to London with Chelsea, and we look forward to seeing his world-class talent on display at Stamford Bridge.”

In a glowing parting message, Man City's Director of Football Txiki Begiristain hailed Sterling's contribution in Manchester and wished him well with “the next chapter” at Chelsea.

He said: “Raheem has been a wonderful servant for Manchester City, and he leaves our club on the best terms possible having helped us win yet another Premier League title.

“He has played a very important part of the successes we've had in recent seasons and his dignity on and off the field has been an inspiration to many.

“He will be forever part of Manchester City and we wish him well in the next chapter of his career and he departs knowing he will always be welcomed at this football club.”