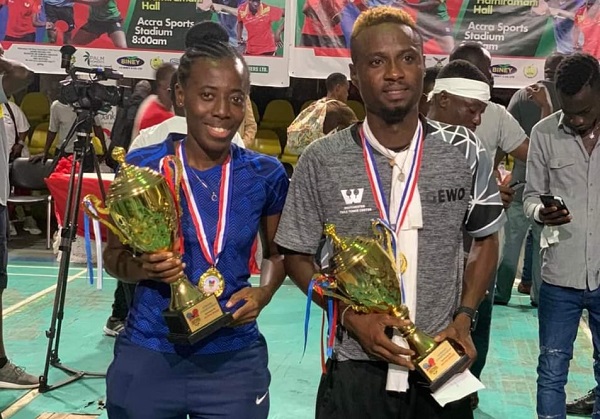 Celia Baah Danso of the Ghana Armed Forces and Felix Lartey of the Ghana Immigration Service have emerged winners of the respective men's and women's singles categories at the Greater Accra Homowo Table Tennis Championship held on Saturday at the Hathiramani Hall of the Accra Sports Stadium.

Celia dominated Eva Adom Amankwah 3-0 in the women's final to win the trophy. She had accounted for Phillipa Aidoo, Bernice Borquaye and Cynthia Kwabi in her run to the final. 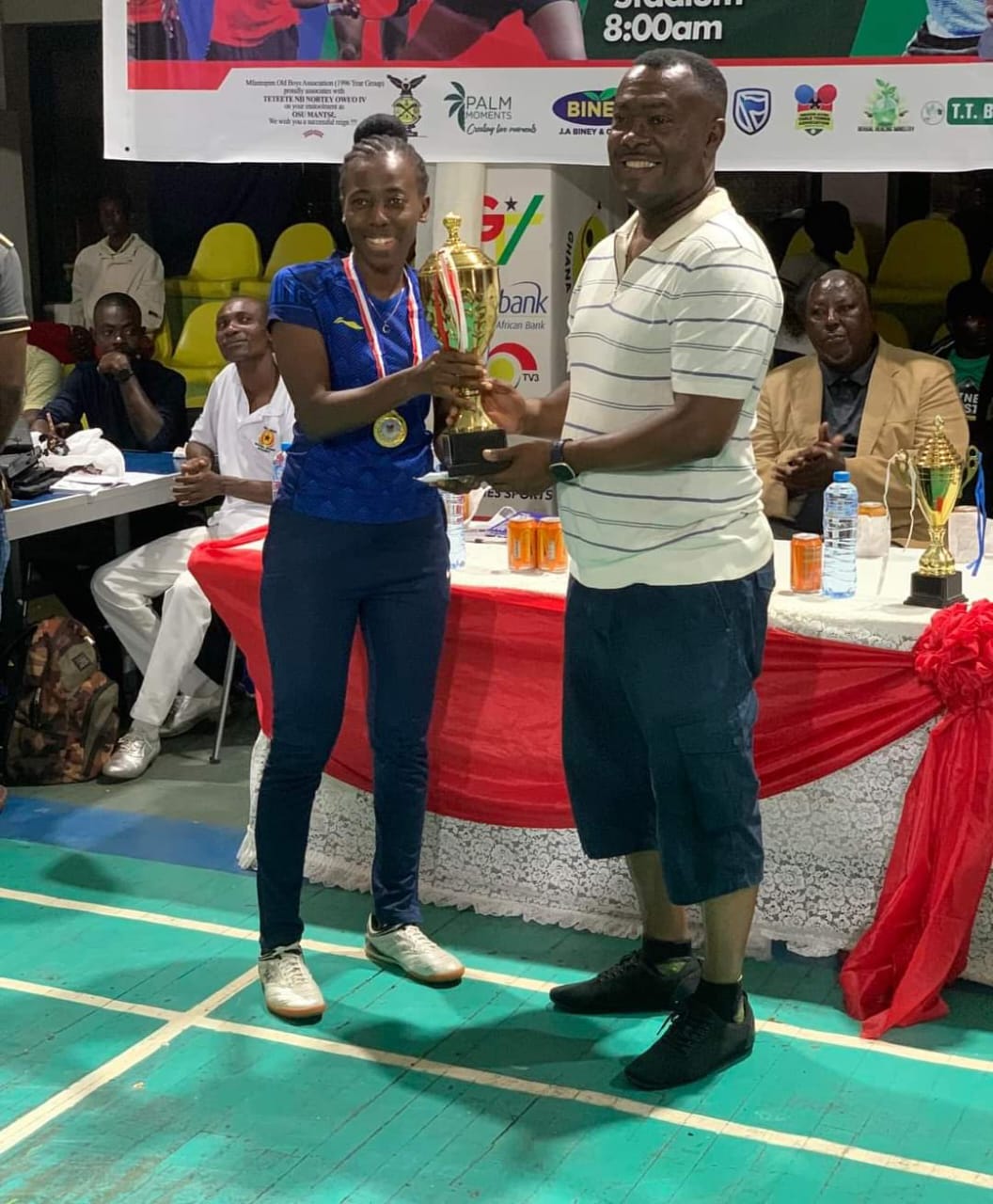 Celia was full of praise for her coaches after what she said was an amazing comeback after two years in a post on Facebook.

Lartey was not as dominant in the men's final but accounted for Victor Smart 3-1. After drawing a bye in the opening round, Lartey romped to similar 2-0 wins over Emmanuel Ansah, Samuel Hagan and a 3-0 win over Isaac Amoako.

All the winners went home with prizes including; trophies, medals and products from the sponsors.

The tournament played in front of hundreds of spectators was sponsored by the Osu Traditional Council, T. T Brothers Limited, Stanbic Bank and J. A. Biney.

The Osu Mantse, Teteete Nii Nortey Owuo IV who was the special guest of honour for the championship praised the leadership of the Greater Accra Table Tennis Association for the event.

He said his township will always welcome such competitions to help improve and groom talents for the county.

Mr. Solomon Akunnor, Chairman of the Greater Accra Table Tennis Association was very happy about the successful event and promised that the next edition would be bigger. He said the objective of the Homowo Table Tennis Championship was to unearth young talented players.

He expressed gratitude to companies and individuals as well as the media who contributed to the success of the championship.