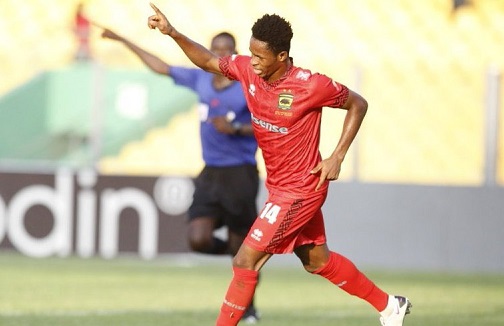 Isaac Oppong emerged hero by powering Asante Kotoko to a lone goal victory over Rail Club du Kadiogo in the first leg of their CAF Champions League preliminary round match at the General Mathieu Kerekou Stadium in Cotonou, Benin.

The young promising attacker, who missed a greater part of last season through injury, snatched the late goal to give Kotoko the upper hand in this weekend’s return leg at the Baba Yara Stadium in Kumasi.

Led by Burkinabe coach, Seydou Zerbo, Kotoko played a determined game to control the second half but missed some good scoring chances.

After a barren first half which saw Kadiogo carrying the game to their opponents, Kotoko took over after recess and piled pressure on the Burkinabe with Steven Mukwala leading the attack.