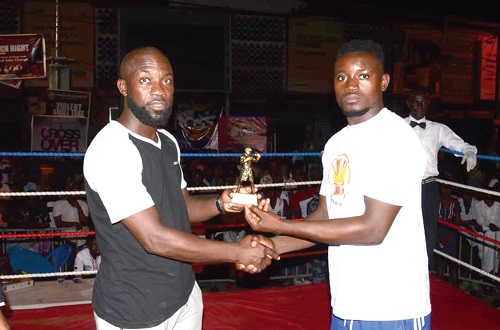 Western Region’s Norbert Abungaje was adjudged the best boxer at the Christmas Boxing Extravaganza held in Takoradi on December 28 as part of a carnival to mark the Yuletide.

Mr Mike Sowah from the Ghana Army later presented the best boxer award of a miniature boxer in action to the promising Abungaje.

Issah Mahama blazed the trail of his Western Region counterparts by defeating his Fit Square opponent to ensure a 2-2 draw in the contest.

The well-patronised event was meant to recruit boxers to form boxing clubs to participate in the novelty Western Regional Amateur Boxing League (WESTABOLG).