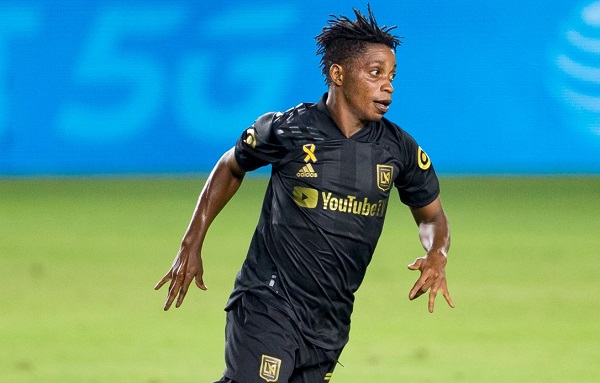 Latif Blessing could be heading for Brazil

Blessing, 23, was initially courted by Vasco da Gama but the "Great Fire" club are also interested in him and are going all out for his signature.

Graphic Sports Online can exclusively reveal that talks have already started between Botafogo and LAFC as they seek to beat the $1 Million transfer fee originally made by their Brazilian Serie A rivals, Vasco Da Gama.

The petit Ghanaian forward has been very efficient since joining LAFC from Kansas City in 2017 and has so far made 94 appearances, scoring 14 goals and providing 15 assists.

With just two years left on his existing contract, LAFC are ready to cash in on the Ghanaian as they seek to raise funds to bring in new players.

Blessing moved to the MLS in January 2017 from Ghanaian outfit Liberty Professionals and featured for the Team A of Kansas City, as well as their developmental side Swope Park FC before signing for LAFC in December that year.

Should he move to Brazil, Blessing would become only the second Ghanaian in history to play in the Brazilian League after David Adjei who featured for Corinthians, Atletico Mineiro, and Valeiriodoce from 1995 to 1997.