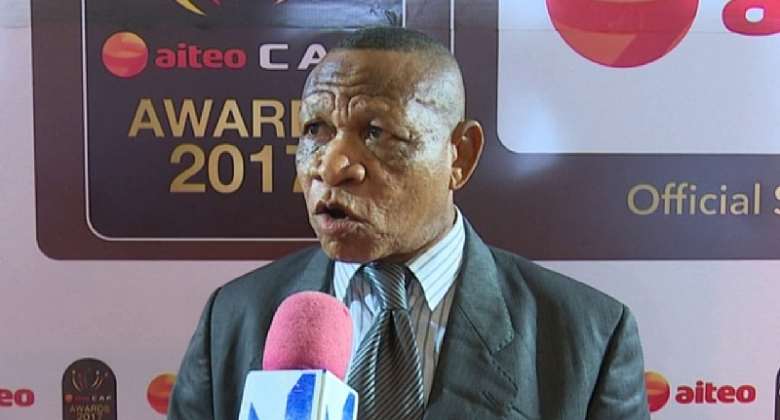 A Former Black Stars and Asante Kotoko midfielder, Abdul Karim Razak, says the determination and fighting spirit with which the Black Stars picked one of Africa’s ticket for the Qatar 2022 World Cup at the expense of Nigeria should be translated into the World Cup to enable the team to excel in the upcoming tournament.

While commending the gallant players for their feat, he said it was important for the technical handlers to continue to fine-tune the team and transform it into a formidable side capable of competing at the same level as the world's top sides in Qatar

“Their ball possession and passes were not the best, and many a time, the players easily lost the ball to their opponents for counter-attacks which created hectic moments for the team,” lamented Razak, nicknamed Golden Boy for winning the best player award at the 1978 Africa Cup of Nations.

He said it was important that Ghana's technical handlers scouted around to strengthen the team with some new players capable of holding their own against world-class opposition.

“In a few months' time, we will be participating in a tournament full of world class players, so there is no need for the technical team to infuse the Black Stars with many new players. If there should be any addition, it should be a few players who are in top form and can easily blend with the core team to make the Black Stars more competitive in the Qatar 2022 World Cup tournament,” Razak, the 1978 AfricanFootballer of the Year, told the Graphic Sports in an exclusive interview.

“The technical team should start boosting the confidence of the team by giving them more exposure to improve the performance of the team to enable them to handle balls more skilfully, take on defenders and create goal scoring chances to make the team more competitive."

According to Razak, it was equally important for the technical team to infuse team work among the players prior to the tournament, explaining that in spite of their high performance against the Super Eagles of Nigeria, the Ghanaian side had some weaknesses that needed to be addressed.

“The defenders should know when to join the attack and fall back quickly to defend as soon as they lose possession of the ball. The midfield should also know how to string their passes together, use the wings to effect good crosses, and shoot from a distance at the least opportunity,” advised the legend.