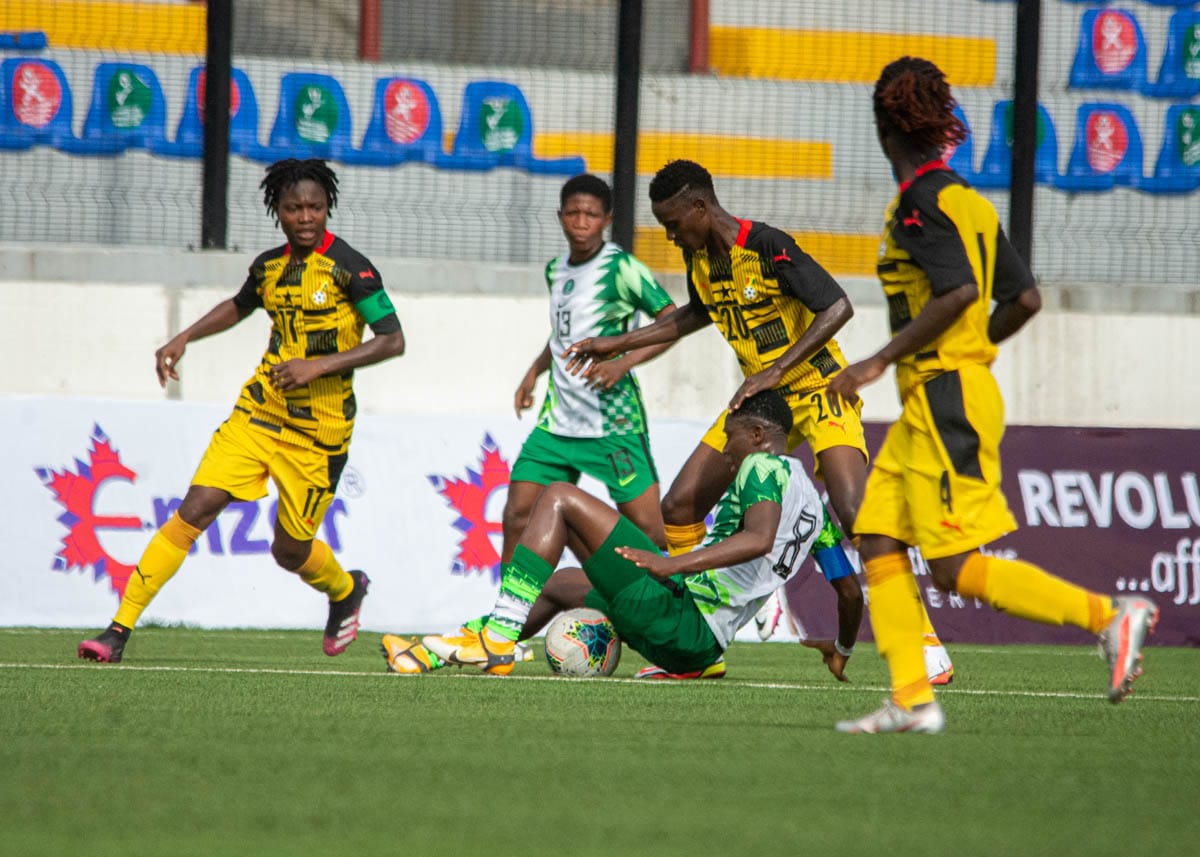 Ghana's Black Queens beat Nigeria's Super Falcons 1-0 in the second leg of their first round qualifier for the 2022 Africa Women's Cup of Nations (AWCON), but it was not enough to help them realise their aspirations.

A 49th minute strike by striker Princella Adubea at the Accra Stadium helped them overturn their 0-2 loss to the Falcons in the first leg played at the Mobolaji Johnson Stadium in Lagos, Nigeria last Wednesday, to end the tie at 2-1 on aggregate in favour of the Nigerians.

With this result, the Queens will miss the 2022 AWCON which have had the teams increased to 12 and by extension, also miss the chance to vie for a ticket to the 2023 Women’s World Cup as the AWCON doubles as WWC qualifier.

The WWC equally has the CAF slots increased to four but Ghana will play no role in fighting for the slots, confined to the WWC wilderness since 2007 when they last made an appearance.

Nigeria on the other hand, have an opportunity to vie for their 10th title, having won nine out of the 11 AWCONs and go into the 2022 tournament as the defending champions.

Crunch game
While the rivalry between the two sides is well documented as it is of all Ghana-Nigeria clashes, this particular game had more than just the rivalry as either side were keen on clinching the edge.

So much was tension heightened by an inconsistent performance from the Ivorian referee, Zomadre Kore in the middle which at some point, got the game temperamental and saw either side finishing the game with 10 players.

It was indeed, a disappointing end for the Queens who worked hard, particularly, in the second half to get a win, but two glorious chances which would have helped them bury the game at 3-0 went abegging.

Coach Mercy Tagoe-Quarcoo largely kept faith with the starting XI that featured in the first leg, the visible change being the starting role given to Djurgardens forward, Portia Boakye. The Spain-based duo of Princella Adubea and Grace Asantewaa also had starting roles.

Needing at least two goals to revive their chances, the Queens started on the right note and put the Nigerians under pressure, creating some decent chances but failed to convert any.

For instance in the 22nd minute, Adubea beautifully chest-controlled a ball over-the-top into the Nigerian penalty box but the alert defence reacted well to block a final shot on goal.

On the stroke of half-time, Asantewaa would have scored a beautiful goal as she went on a solo run into the Nigeria area but her final delivery was pushed over the bar by goalkeeper Nnadozie.

The Falcons, with their 2-0 cushion, played a more defensive game, opening up a few times to catch the Queens unawares and on two such occasions, goalkeeper Fafali Dumehasi had to make some brave point-blank saves.

Oshoala also had her chance, as she sprinted past her marker and presented herself with a one-on-on chance against goalkeeper Dumehasi but the latter did well to use her body to block the shot.

On resumption and for which the Queens are becoming noted for under Coach Tagoe Quarcoo, they came out stronger and were rewarded with a goal when Adubea slotted home from close range after she had been put through by Asantewaa.

She could have earned a brace and doubled Ghana’s lead had an attempt from her header gone through, but the ball hit the cross bar.

That goal gave the Queens a spring in their step, forcing the Falcons to retreat and rarely pushing forward for a goal.

Just as their confidence soared, the Queens were dealt a blow on the 65th minute when the referee showed captain Boakye the second yellow card for a foul on Oshoala.

Ten minutes later, the Nigerians suffered a similar fate when Glory Ogbonna was also sent off for a reckless challenge on Naomi Animah.

Oshoala could have made things more comfortable for the Nigerians on the 83rd minute as she beat her marker and had only the goalkeeper at her mercy, but for the second time, Dumehasi thwarted her effort.

With about five minutes to end proceedings, Ghana could have increased the tally when Adubea hit a shot across the face of goal but Vivian Opoku Konadu failed in her bid to apply the much-needed final touch, letting the Falcons off the hook.

The Queens had a last chance during the five minutes time added on but they could not take advantage of the chances created from a goalmouth melee.
What next?
With the opportunity lost, the Queens will now have to look ahead to 2023 where they have the chance to play in the Africa Games to be hosted by Ghana.