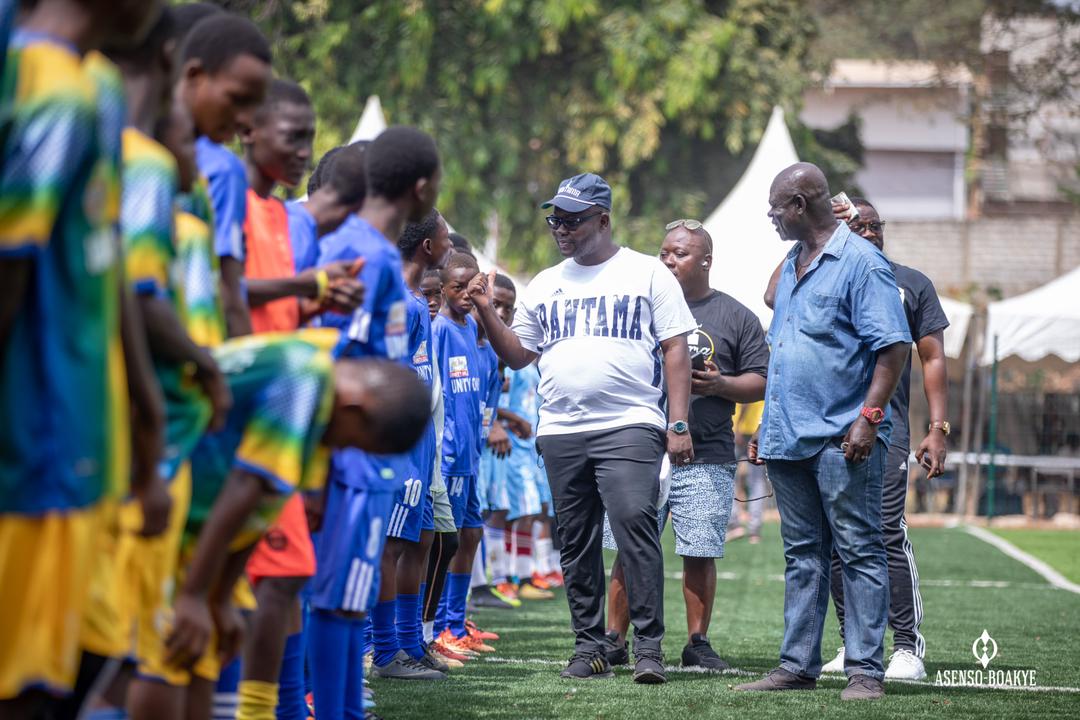 The Member of Parliament (MP) for Bantama, Francis Asenso-Boakye over the weekend opened the maiden edition of an Under-14 football competition in Bantama, Kumasi.

The competition, dubbed “Asenso-Boakye Under-14 Ball-Paa tournament” took place on Saturday, December 11, 2021. and Sunday, December 12, 2021, and would be held on every weekend in the constituency.

According to the lawmaker, who’s also the Minister for Works and Housing, the purpose of the football tournament is to unearth the football talents in the constituency.

He believes this will help create the much needed platform for the kids in the constituency to exhibit their talents.

“I am committed to improving the sporting discipline in the constituency. With the right grooming, most of these youngsters will harness their potentials and can become world-class players”, said Mr Asenso-Boakye, adding that Bantama in the past has produced some of the best players Ghana has had including the likes of Akwasi Appiah, Prince Opoku Polley and Sarfo Gyamfi.

Speaking to the media after the opening game, Mr Asenso-Boakye intimated that the football tournament will help keep the youth (both players and spectators) away from deviant practices and it will eventually contribute positively towards the development of the youth in the constituency.

The Chief Executive Officer (CEO) of Kumasi Asante Kotoko SC, Mr Nana Yaw Amponsah, the special guest of honour was excited to see the display of skills and talents at the maiden tournament.

He commended Mr Asenso-Boakye for the initiative and appealed to other community leaders to learn from him.

This competition took place at the Bantama Lebanon Astroturf Pitch which was also promoted by Asenso-Boakye.

Nine teams competed in the maiden competition. These are;

However, after an exciting display of great football, Kennedy Agyapong Net2 and Obibinii Blackman FC made it to the final.