Ayariga: My government will introduce Formula One in Ghana 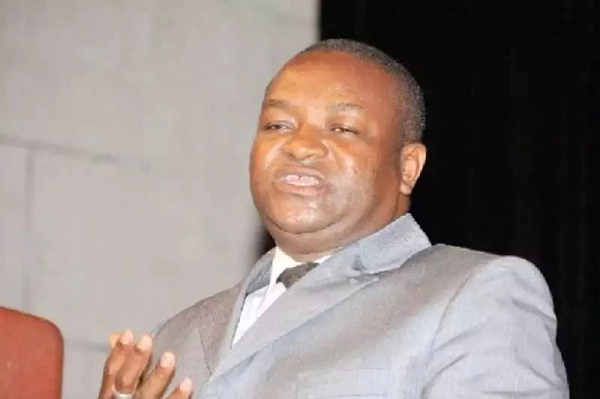 A politician and businessman, Mr Hassan Ayariga, has given an indication that motor racing will be promoted as a competitive sport in Ghana if he elected as President in next week's general election.

Mr Ayariga, who is the Presidential Candidate of the All People’s Congress (APC) in the December 7 polls, gave a firm assurance that his government would invest in infrastructure for motor sport, which he believed had a huge potential in Ghana, with a view to attracting the popular Formula One Championship to the country.

Mr Ayariga said he believed that diversifying sports in Ghana would provide opportunities for the youth to develop their potential and rake in huge revenues for the country.

“Sports is a way of developing the mindset of the youth as part of job creation, social development and improving their standard of living with the view to curbing the crime rate in society.

“It is for this reason that when given the opportunity, an APC government will introduce Formula One sport in Ghana. Formula One is very important because there are many professional drivers who when offered the right opportunity and training can perform creditably and generate adequate revenue for themselves and for the nation," he told the Graphic Sports.

Mr Ayariga said his government would not concentrate the nation's resources on football to the neglect of other disciplines, despite football being the nation's premier sporting discipline.

He said it was about time opportunities were offered to other hidden talents to unleash their potential.

“I acknowledge that football is the passion of the nation, but other sports will be developed alongside football to ensure that the youth with skills for other sports disciplines were not left behind,” he stated.

A big fan of Formula One, the APC candidate noted that motor racing sports had been overlooked in Africa and Ghana stood to gain immensely if an APC government invested resources to introduce it in the country as it would make Ghana the hub of motor sport, unleash hidden talents to become a force to be reckoned with and redirect investments in Ghana.

"I am certain that if we initiate this sport in Ghana, it will change our narrative and project us very far in the comity of leading countries in this sport,” insisted Mr Ayariga who said motor sports had a huge potential to improve the living conditions of professional drivers and others to be groomed for the sport.

He noted that since motor racing sports required specific road infrastructure, his government would leave no stone unturned in developing such road network to support it in Ghana and also attract some of the huge capital associated with the sport globally.

Among the sporting disciplines his APC government will pursue vigorously are hockey, basketball, volley, tennis, tennis, golf, cricket and swimming.

"Since these disciplines require infrastructure, my government will build strong infrastructure to accommodate them to make them more viable economically, competitive and interesting,” he added.