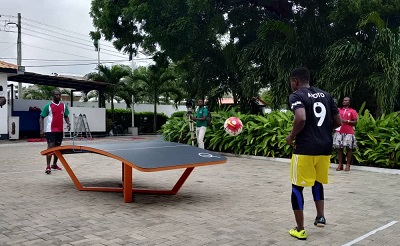 Former Ghana international, Augustine Arhinful has lauded the potential of Teqball to improve the technical abilities of Ghanaian footballers.

Teqball almost works like a game of table tennis, except players must use their head and feet to knock a football over the net and according to Arhinful, the sport can be used by professional footballers in Ghana to improve their ball control skills.

Arhinful was speaking at the sidelines of the mini-launch and presentation of a Teqball table by the Hungarian Ambassador, Andreas Szabo to the Ghana Teqball Federation on Tuesday in Accra.

The former Ankaragücü forward said: "I have known about Teqball for a while and I know some of the countries like the Brazilians have the Teqball tables in their dressing rooms and use it to warm up before coming out to properly warm up on the pitch.

"It is good that it has come to Ghana and we need to embrace it. It builds your skills and I hope as it's being launched today ahead of the proper launch in September stakeholders of Ghana football will take a keen interest in it and it will come in to help all of us". 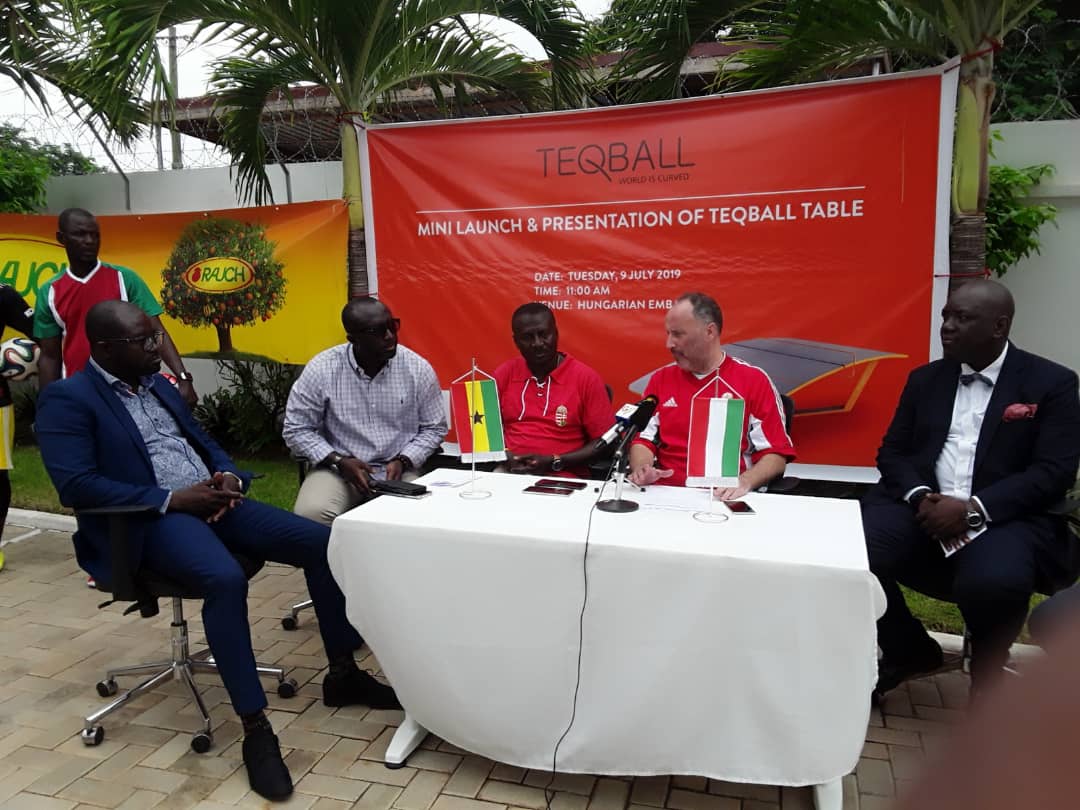 He also noted that Teqball was on the fast-track towards being recognised as an Olympic sport, hence the need to set up a Federation.

"Basically, we are going to organise it like golf and I assure you, we are not going to rely on the government to fund our activities. Teqball is not meant for only footballers and who knows in future we could have a Ghanaian becoming an Olympic champion in the sport".

The launch was followed a demonstration and explanation of the Teqball rules by a player Samuel Aidoo, who represented Ghana in the sport last June at the 2019 Beach Games in Cape Verde.

Teqball was invented in 2014 in Hungary by two football enthusiasts, Gábor Borsányi, a former professional player and Viktor Huszár, a computer scientist.

It is a sport played between two players as a singles game or between three or four players as a doubles game, which resembles table tennis.

Teqball is played on a curved table and with a ball similar to a football, hit by any part of the body except the hands. The game is represented at an international level by the Fédération Internationale de Teqball (FITEQ).

A number of world-class footballers including Brazilians Ronaldinho, Neymar and Douglas Costa have been attracted by the game, and the sport is now aiming for Olympic inclusion.