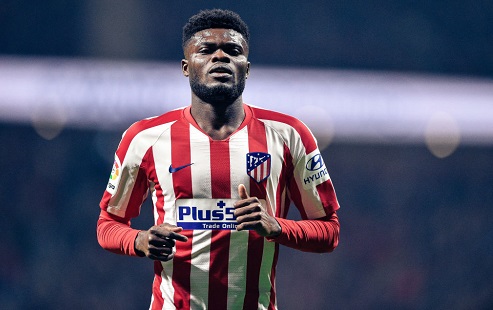 Atlético Madrid have rejected Arsenal’s latest offer for Thomas Partey and insisted they will not sell the Ghana midfielder for less than his €50m (£45.5m) release clause.

Having first registered their interest in the 27-year-old in the spring, attempts to persuade Atlético to sell Partey for a cut-price fee have so far come to nothing despite the player having yet to sign a lucrative new contract.

A bid of €25m plus a player was rejected a fortnight ago and it is understood Arsenal returned with a new offer of the same amount and out of favour midfielder Matteo Guendouzi . This was turned down by Atlético on Monday, with Arsenal having previously indicated they were unwilling to match Partey’s release clause.

The Atlético manager, Diego Simeone, is desperate to keep Partey, who joined the club in 2013 and has two years to run on his current deal. Guendouzi has not played for Arsenal since the defeat against Brighton in June, with Mikel Arteta refusing to confirm the 21-year-old would be at the club next season.