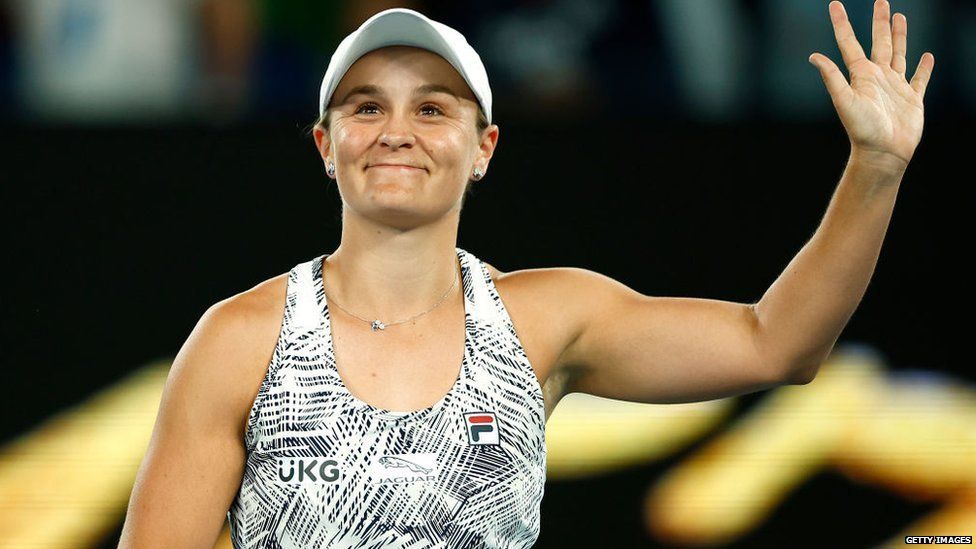 World number one Ashleigh Barty has shocked the sporting world by announcing she will retire from professional tennis at just 25.

The Australian made the announcement on social media on Wednesday, saying she was leaving to "chase other dreams".

She said she was "absolutely spent" and "physically I have nothing more to give".

"I'm so happy and I'm so ready. I just know at the moment in my heart, for me as a person, this is right," she said.

"I know that people may not understand it. I'm OK with that. Because I know that Ash Barty the person has so many dreams she wants to chase after that don't necessarily involve travelling the world, being away from my family, from my home, which is where I've always wanted to be."

In doing so she became the first home player to win the Australian Open men's or women's singles title in 44 years.

She says her success in becoming 2021 Wimbledon champion "changed my perspective" because after achieving her ultimate personal goal in the sport, she still "wasn't quite fulfilled".

Barty has remained world number one since winning her first Grand Slam at the French Open in 2019 - a run of 114 consecutive weeks.

Only Steffi Graf, Serena Williams (both 186 weeks) and Martina Navratilova (156) have enjoyed longer streaks as world number one in the women's game.

Williams is the only other active female player to have won major titles on clay, grass and hard courts, and at the time of her retirement, Barty has collected $23.8m (£17.9m) in prize money.

"I am so thankful for everything this sport has given me and leave feeling proud and fulfilled," added Barty, who also won a Grand Slam doubles title alongside American CoCo Vandeweghe at the 2018 US Open.

"I know how much work it takes to bring the best out of yourself. I've said it to my team multiple times, 'I just don't have that in me any more.' Physically, I have nothing more to give. I've given absolutely everything I have to this beautiful sport of tennis, and I'm really happy with that.

"For me, that is my success. Thank you to everyone who has supported me along the way. I'll always be grateful for the lifelong memories we created together."