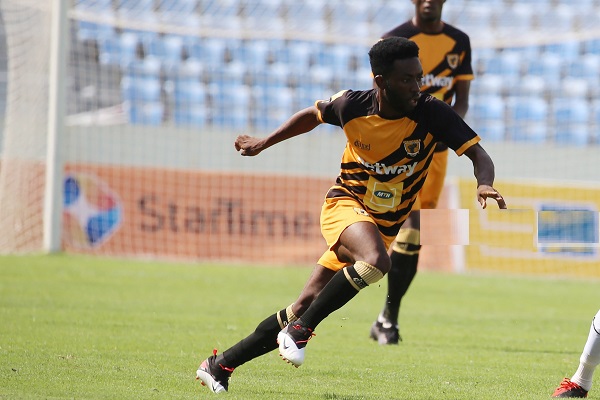 The Ghana Football Association (GFA) has announced Thursday, June 2, as the date for the Ghana Premier League matchweek 29 outstanding match between leaders Asante Kotoko and Ashantigold at the Obuasi Len Clay Stadium.

The crucial regional derby was postponed last week following a security risk posed by the irate supporters of Ashgold who had allegedly threatened to demonstrate against the club's President, Kwaku Frimpong, and his son Emmanuel Frimpong for their alleged roles in the match manipulation scandal between Ashantigold and Inter Allies during the 2020/2021 season.

The Miners and Inter Allies were found guilty of match manipulation which ended 7-0 in favour of the former. Both sides were subsequently demoted to Division Two following investigations by the GFA Disciplinary Committee.

In a related development, Accra Hearts of Oak are scheduled to clear their matchday 30 outstanding match with Eleven Wonders at the Ohene Ameyaw Park in Techiman tomorrow.

The match, which was originally scheduled for last Sunday, was postponed at the eleventh hour following an infection which hit the Hearts camp last week.
Meanwhile, Kotoko will visit the Akoon Park at Tarkwa to slug it out with Medeama SC in a top-of-the-table matchday 31 clash next Monday, May 30.

The Porcupine Warriors lead Medeama with six points and a game on hand.

Karela United will trek to the Accra Stadium on Sunday to face Hearts in another interesting week 31 encounter.

In other weekend games, Aduana FC will host Dreams FC at the Nana Agyemang Badu I Park in Dormaa-Ahenkro, while bottom-placed Elmina Sharks visit Berekum Chelsea at the Golden City park.

Red-eyed King Faisal will play host to tottering Great Olympics at the Baba Yara Stadium in Kumasi, with Accra Lions travelling to the Obuasi Len Clay Stadium to engage Ashantigold.

At Sogakope, WAFA will welcome Bechem United in a tough battle; Legon Cities versus Bibiani Goldstars at the El-Wak Stadium, and RTU versus Techiman Eleven Wonders at the Aliu Mahama Stadium in Tamale.