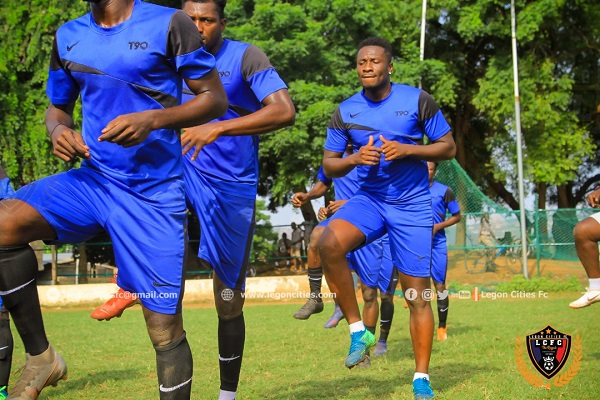 Asamoah Gyan trained with his new Legon Cities FC teammates for the first time on Tuesday at their training base at Abokobi on the outskirts of Accra, just days after sealing a sensational move to Ghana Premier League's glamour side.

Gyan, 34, joined the Royals on a season deal on Saturday for an undisclosed fee to mark a return to Ghana's top flight nearly 17 years after leaving Liberty Professionals as a teenager for a professional career in Europe.

The forward first engaged in some stretching exercises before joining his teammates for some shooting drills under the guidance of the club's head coach Goran Barjaktarevic. Some of his teammates occasionally watched in awe the Ghana legend as he participated fully in the training regimen. 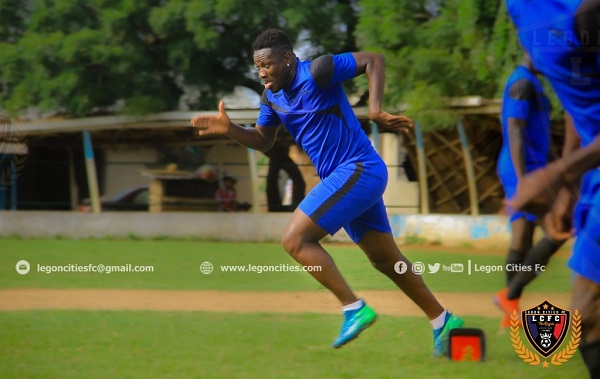 Gyan, who has been troubled with recurrent injuries, has not played competitive football since parting ways with Indian Super League side, NorthEast United last January.

Ghana's record goal scorer with 51 international goals in 109 appearances for the Black Stars, Gyan was a hit for Liberty as a teenage star, banging in 10 goals in 16 matches in his debut season in the topflight.