Appearance fee must be paid after World Cup -- Kuuku Dadzie 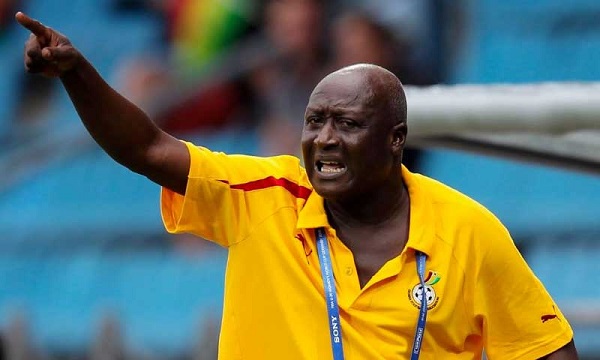 A former Black Stars and Sekondi Hasaacas legend, James Kuuku Dadzie, has stirred the hornet’s nest by imploring the government and the Ghana Football Association (GFA) to refrain from paying appearance fees to the Black Stars ahead of the Qatar 2022 World Cup.

He said any such payment should be made after the world football governing body, FIFA, had paid Ghana for participating in the tournament.

He, therefore, described the appearance fees paid to Black Stars players prior to the previous World Cups in 2006, 2010 and 2014, as wrong.

To the former national star and coach, the FA and the government must only provide the players with their per diem allowance and agreed winning bonuses during the tournament.

“Why then should the government pay appearance fees to players before they appear in the tournament and compete?” Dadzie asked in an exclusive interview with the Daily Graphic .

A member of Ghana’s 1978 Africa Cup of Nations winning team, Dadzie said former President John Agyekum Kufuor’s government set a bad precedent in 2006 when it paid $50,000 to each of the Black Stars players and technical team as appearance fees for Ghana’s maiden World Cup campaign in Germany.

Subsequently, at the 2010 World Cup in South Africa, the late President John Attah Mills’ government paid $75,000 as appearance fees, a situation which compelled the payers to demand an upward adjustment in the fees to $100,000 for the 2014 World Cup.

He noted that discussions over appearance fees ahead of the tournament had distracted the players from the main task and also sparked indiscipline among the players, which should no longer be encouraged.

“FIFA pays some money to the qualified countries to enhance their preparations for the tournament, so the Black Stars do not need any money for anything before the competition begins. In the course of the competition, the government can pay winning bonuses to players when they win matches, so monetary considerations should not play any role before or during the tournament,” added the man reputed to be one of Ghana’s most refined centre-backs of his era.

On what should be done to motivate the players to excel during such tournaments, Dadzie said the players should rather be proud that the nation had offered them a platform to display their potential on such a bigger platform for which their values would soar high to raise their market values if they rose to the occasion.