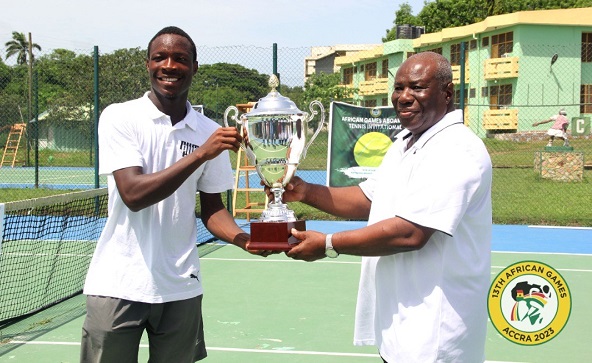 Antwi, a hard-hitting backhand player, stepped up his performance when it mattered most to dispose of stubborn Okantey 6-3 in the final.

It was indeed a 100 per cent feat for Antwi, who beat every opponent from the preliminary round and capped it with an excellent display of tennis to overpower Johnson Acquah 6-2 in the semi-finals, before facing off with Antwi in the final.

It was a similar story in the women’s category which saw Precious Nunana crashing Lawrencia Aghoghorbia 6-1 to be crowned the ladies’ champion.

Precious proved too strong for Lawrencia from the beginning to the end with a non-stop rally and some intermittent group strokes.

The novelty competition was organised by the Local Organising Committee (LOC) for the 2023 African Games to unearth talents and also sensitise the public to the Games.

The Executive Chairman of the LOC, Dr Kwaku Ofosu Asare, lauded the competitors for their showmanship.

He noted that more of such competitions would be held across the country to select athletes to represent Ghana at the African Games.