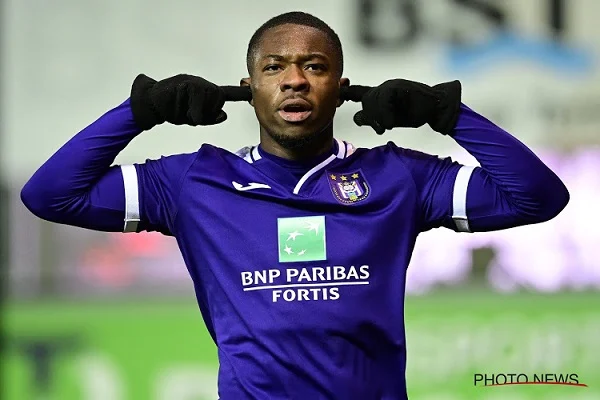 Anderlecht forward and Black Stars target Francis Amuzu has pledged his international football future to the Red Devils of Belgium.

Amuzu, 22, moved to Belgium at an early age and developed as a footballer there, representing Belgium at U-19 and U-21 levels.

Despite numerous overtures from the handlers of Ghana's national team and no call-ups to the Belgian senior side, Amuzu is still determined to play for the European side.

“They call my agent every day, but I keep it off,” Amuzu told Het Nieuwsblad in an interview.

According to the fleet-footed winger, Belgium has better prospects in international football as compared to the Black Stars.

“Look, I was born in Ghana and when I’m there, I feel at home there because of the African atmosphere," he said.

"My sporty heart lies with Belgium. With Belgium you can go very far at such a World Cup, with Ghana there is a real chance that you will be out quickly.”

He also stated that he was hopeful that with more playing time at Anderlecht, he will realize his goal.

“I have a career plan and we’ll see. I had hoped that I would already have more playing minutes at Anderlecht, but then I also have to show myself,” he said.

It will be recalled that Amuzu was among seven European-born Ghanaian footballers identified by former Black Stars coach Charles Kwablan Akonnor for a nationality switch in March 2020.

Djiku and Owusu have since represented Ghana at the senior level while Doku is now a full Belgian international.